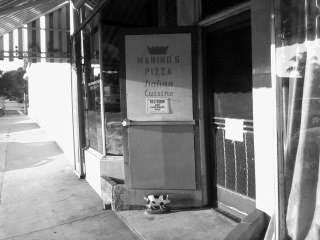 I  have met and still know a number of superb poets and prose writers who are former Mormons. Catholicism and Protestantism are very much older than Mormonism, and one should note the massive influence Christianity had on European culture, and the longevity and resilience of its imprint. A writer or poet, whether believer or some form of alienated and rambunctious free thinker, couldn't but have their moral, philosophical and aesthetic precepts formed somehow by the daily pervasiveness of theological thinking; in any event, poets and writers and playwrights and artists of all sorts were able to find nuance, exceptions, ironies, tension within the Church's thinking.

It was generations of artists attempting to resolve the conflict between what they were socialized to accept and a suppressed desire to believe and do otherwise. One can cite their own examples here, but suffice it to say that some sought reconciliation between the desire to rebel and a need to believe in more mystical infrastructure, while others wandered off toward spiritual beliefs more accommodating of a free spirit, and still others rejected an afterlife and its laws altogether. 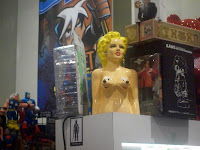 This conflict follows us to the New World, where it morphed into something else all together, hence another discussion. Mormonism, a young religion founded only in the 1820s, is not in an historical position to have its writers struggle with their belief system with the result being a species of arguably great art; Mormonism, in fact, seems more a parody of basic Christian catechism than anything else. 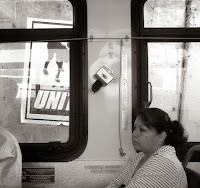 The same may be said of Scientology, a legitimate religion, I suppose, but one whose tenets of faith seem more the subject of bad science fiction writing. Christianity, of course, was a mirroring of Greek and Roman mythology, with a vast reduction of gods and demigods, of course. I suppose it's only the natural progression of things that so much contemporary spiritual thinking seems inspired by dog eared paperbacks one finds in damp boxes on garage shelves or in bookstores where dust mites and mildew rule the roost.
at November 10, 2013