This Space: Kafka: The Years of Insight, by Reiner Stach

This Space: Kafka: The Years of Insight, by Reiner Stach:


"The problem with Kafka's fiction is that while in general the surface presents a generic world, recognisable even to those of us living a century later, the content is not familiar; it does not counsel the reader with wise observations on the human condition or provide practical information and descriptions of places for the reader to absorb and use in their lives; there isn't even a happy ending in sight. The only resort for the reader is critical: 'What do I make of this?'." 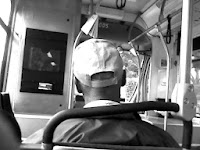 I would venture that Kafka's fiction "--does not counsel the reader with wise observations on the human condition--"  is exactly why it remains a literary art that remains powerful and continues to resonate  nearly a century after his death. One can make a cogent case for the primary mission of literature to be one of relaying stories of how characters, heroes and heroines both, meet their challenges head on and come out the other side, changed, but wiser and more or less intact, but I fear the rhetoric he would use would be the kind of religious insistence which,however presented and finely parsed with philosophical what-ifs and teleological what-nots, maintain rather simply that fiction , fabulation of any kind, be instructive.

That would be instructive in the ways of a culturally dominant habit of pervasive rationalization that there is a purpose to the way things are, that each trial is a test of faith and character (judged against a vague, abstruse creed) and that the individual is required to keep faith and entrust their well being and souls to Church, State and Banks.


Kafka is an artist precisely he didn't have much for the finely tuned , beautifully poetic rationalizations of one might term "moral fiction"; he was rather obsessed, both as individual and as writer making an aesthetic choice, to be true to his alienated, bleak, cruel existence where attempts to cajole and seduce a person to look on the bright side of things only intensifies that nothing makes sense and that existence is cruel, amoral joke. His loyalty was to truth as he experienced it,  and his fiction, splendid eviscerations of folk tales and judgment past, makes a reader consider their feelings of similar psychic destitution  and do the work of making something , something beautiful, truthful and meaningful, where nothing existed before.
at November 10, 2013