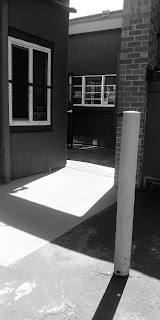 Bob Dylan performed at New York's esteemed Carnegie Hall, for which he additionally wrote the program notes.  Titled My Life in a Stolen Moment, it's a long, rambling length of free verse poetry that is an intriguing example of Dylan juvenilia. A self-conscious and entirely awkward combination of Beat style first-thought-best-thought idea and the unlettered eloquence of the deep feeling poor white, it purports to be the true telling of Dylan's upbringing in small-town Minnesota. It's not a reliable document. As an autobiography, I wouldn't trust a word of it. Dylan embellished his story from the beginning. Inconsistencies and incongruities in his stated timeline were noted early on. I remember that Sy and Barbara Ribakove were suspicious of Dylan's accounting of his life back in 1966 with their book "Folk-Rock: The Bob Dylan Story." All the fabulation has certainly given a couple of generations of Dylan obsessives much to sift through and write books about. It's a poem, of course, but not a good one. What had always irritated me about Dylan's writing was his affectation of the poor, white rural idiom. It's dreadful, unnatural sounding as you read it (or listen to it from his early recordings). While it's one thing to be influenced by stories of hobo life, the Great Depression, and to use the inspiration to find one's uniquely expressive voice as a writer or poet, what Dylan does here ranks as some of his most pretentious, awkward, and preening writing. One can argue in Dylan's defense with the vague idea of negative capability, but that holds water only if the writing is great and the writer is possessed by genius. Of course, Dylan is/was a genius, but this was something he wrote when he was merely talented and audacious. Genius hadn't bloomed yet. This bucolic exercise has always been an embarrassment, juvenilia that sounds juvenile.
at September 25, 2021 No comments:

A problem of being a self-appointed culture critic is that the longer you hang around the planet breathing the air, the faster it seems your heroes seem to die. That’s a generational thing, your elders and your peers start to pass on, and your tribe is just a little smaller every few weeks. Of course, the cure for that sort of minor depression is getting new heroes, reading new artists, listening to music by younger musicians, and, most obviously, making more friends.  Iggy Pop is over 69 years old, and it’s an irony upon an irony that he enters the last year of his 6th decade of life on the same day we find out that Prince has passed away at the age of 57. Iggy survived the morbid predictions that insisted that he would be the next major edgy rock star to go, joining Morrison, Joplin, Hendrix, Jones, and others as having a bad end to an edgy life lived in the spotlight. Nihilism was at the core of his act, both as Stooges frontman and as a solo artist.

It seemed that the fabled mixtures of teenage impulse and fantastic amounts of methamphetamines and heroin were willful tools he was using to describe life not just at the edge of existence but also, if he were lucky, a will to narrate the passage through the thick shroud of unbeing. It’s a classic conceit in modern arts that an artist’s demise confirms their greatness/genius/cutie-pie factor; what have you. It’s a species of pornographic thinking, and shame on us for egging it onward in the culture. However, something intervened in that cliche, and Pop has been one of the more interesting elder statesmen for some time, always worth a listen. We benefit from his persistence to remain creative, not to be too terribly sentimental about it. Still, Pop’s longevity improves the quality of my life by his example that you can continue to respond creatively, with imagination, to the short existence we’re allowed to have. Like Bowie, Prince was one of those people you assumed would be around for the final mile of the long haul, a genuinely gifted polymath who would make music into his dimmest twilight. From this fan’s view, what hurts the most is that we won’t get to hear the grander, more experimental adventures Prince would have had as a musician. A straight-ahead jazz album. A record of guitar blitzing? Serious classical endeavors? Movie soundtracks? Big Band Music? A blues thing? Reggae? A stage turn as Othello?

His androgyny/sex fiend persona aside, I marveled at the chameleon nature of his music, the jumping around from style to style. Unlike Bowie, equally eclectic in taste and output, there was a substantial musical virtuosity to Prince’s switching up and mashing up and fusing the elements of rock, fusion, Philly/Motown/Memphis/ soul, jazz, and the occasional bits of classical allusion. Though he never spoke much of his training, self-taught or schooled, he had as solid a grasp of the mechanics of music and controlled his virtuosity like it were a tool to be used judiciously, in service to the music. 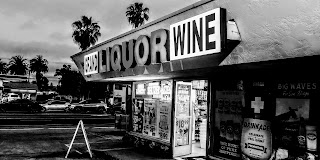 There was little that was excessive in his music, and I rather liked his singing, which was far from your traditional rock or soul voice; thin, reedy, nasal, limited in range and color, he still molded it convincingly over his melodies and lyrics, sounding wise, insinuating, dangerous, alluring, nearly any persona he wanted to get across. Anything seemed possible for him because he was spectacularly good at the varied projects he’d already finished and released.Alas, but no. This makes you want to pause a few moments and consider the breath you are taking at that instant and recognize that life is a gift we are given but don’t own. Embrace the days we have and do something with the hours while we have them.
at September 14, 2021 No comments: