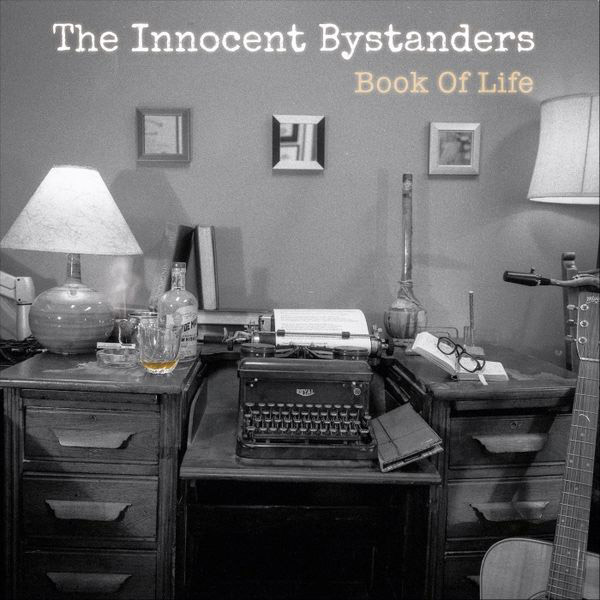 The Innocent Bystanders are a San Diego-based troupe of roots-rockers who’ve assumed the mantle of being this area’s premier practitioners of a music that is often called Americana. To clarify, Americana is a contemporary musical approach that combines and blends many kinds of American roots-oriented genres. There is a always the threat that unrestrained eclecticism can make a flavorless goulash, but the knowing musicians, those with the fabled “big ears,” able to craft skillfully, the plaintive, the soulful, the swinging, and the rocking from the disparate schools of folk, blues, rock, country, and soul (most definitely soul), speaking to audiences in ways commanding attention. More than that, the best of it supplies the shock of recognition: the insistent blues licks, the ethereal gospel-tinged choruses, the plaintive, scrappy vocals drawing from Appalachian and Memphis influences, which send a shiver down your spine, makes you at various times needing to laugh aloud or shed a tear for no immediate reasons. You have the feeling that you’ve just returned from a long adventure to unknown parts and met a bevy of fascinating Americans in doing so. Then the lights of the living room lights come back on and in the quiet realize you’ve been transported.

This is the magic that the best of the Innocent Bystanders creates. Comprised of vocalist Deborah Darroch, Jessica LaFave on tenor saxophone and backing vocals, Ben Nieberg overseeing acoustic guitar and vocals, Steve Semeraro on electric guitar, Donny Samporna on bass, and Steve Berenson behind the drum set. The band brings their distinct skills for the marvelously funky and frayed variety that occupies their second, The Book of Life. The tone is gritty and soulful in ways that transcends barriers and speaks plainly on matters of life on life’s terms, death, getting beaten down but getting up again, and putting one’s shoulder to the wheel again. You get this feeling of strength and resilience in the album’s opener, “No Place to Go,” tenderly offered in a Stevie Nicks-ish croon by Darroch, guitars; drums and bass lay a delicate yet sinewy weave of rhythmic momentum as the tale of hard years, travel, an uncertain fate haunting the troubled road unfolds. Darroch’s vocal delivery hasn’t a trace self-regret; this is a person making peace with their regrets and sorrows with the conviction to move onward, forward. A remarkable song about seeking in the midst of desolate circumstances.

The mood kicks up a notch later in the record’s flow, especially with the saxophone oomph of LaFave’s tenor sax goosing the gospel/ soul-train testifying of the suitably chugging “This Train.” Steady as she goes, Nieberg proffers suitable rhythm and blues wailing on his vocal. This train might be the same conveyance that Curtis Mayfield foretold his listeners with the classic “People Get Ready,” an evocation of that same train as it pulls from the station and goes through the quizzical paces of leading a full and useful life.

The Book of Life covers a broad swath of musical approaches that are lovely to behold in the effortless expressiveness the Innocent Bystanders bring to their well-wrought expanse of American styles. The concluding song, “Lost Things,” evokes Bruce Springsteen and Tom Petty, with a trace of the Arc Angels making this rugged ballad even more alluring than it might have been. Nieberg’s vocal takes on a husky rasp, the band swells and recedes and swells again at points in the narrative for splendid dramatic effect, and you find yourself imagining that there is a man in the center spotlight taking stock of the trajectory of his life and realizes that each trauma, heartache, birth, death, celebration, and catastrophe has all been worth the years of struggle and hard-learned truths. The song seems, to me, to be the point where one’s experience evolves from a sullied timeline of conflicting emotions to becoming wisdom, a living philosophy. The Book of Life is wonderfully unpretentious in the blessedly small-cap wisdom the songs bring us. This is rich, evocative music in a very American grain. 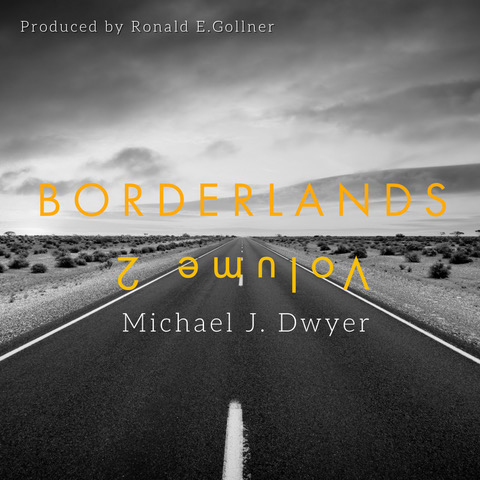 Originating from Des Moines, IA, San Diego based singer-songwriter-and guitarist Michael J. Dwyer has a voice that has an appealing husky texture, dusty and measured in how it mulls over a lyric and shares it with an audience. He sounds like the better moments of Dylan or Mark Knopfler of Dire Straits, throughout the length of his new release of eight original songs, Borderland 2. As the flinty edge of his voice suggests, the disc is a series of confessions, admissions, declarations, resignations, estimations of life lived long and fully enough that a timeline of hard living, fast loving, revelry, and ruination mark the beginnings of wisdom.

The material here, however, aren’t about ruing a past of blown chances or plans that didn’t pan out; Dwyer speaks additionally speaks from resilience, putting his shoulder to the cracked a wheel again and persevering. Borderland two is less the tales of a survivor, but a man who relishes the life he has yet to lived. This is somebody who isn’t hanging up his guitar or walking stick anytime soon.Borderland 2 is a fascinating evocation of divergent styles, be it folk, country, blues, or rock and roll. In other words, Americana, the alluring synthesis of North American roots music. Electric and acoustic guitars, keyboards, banjo, harmonica, and drums are the essential seasonings here, organic textured, earthy, and homey, creating an evocative intimacy as the stories unfold. One would expect an entire ensemble to provide a musical outlay this rich, but the credit goes to two musicians, Dwyer himself on guitars, harmonica and vocals, and his associate Ronald E. Golner, who handles the other instruments, who also oversaw the recording, mastering, and production of the sessions. (Let’s note that trumpeter Brett Wagoner provides his skills to good measure on the track “Fuego Grande,” a sizzling Spanish-flavored torch song). The sound resonates, punchy, each note and chord landing precisely on target.

Again, the record is not sallow caterwauling of life gone wrong. Dwyer informs us that he’s got a lot of life left and a lot of fight to go with it, amply laid out in the opening track “I’m Not Afraid.” This is the telling of an old timer, declaring himself as a fool who might have dismissed in some instance, that he’s too old to dread what life might bring to him that do, that he’s been alive too long through too many circumstances to care what the world at thinks of how he lives his life. He sounds more than willing to put up his dukes to defend his right to not care what you think.

Resilience is a theme that runs through these songs. These are notes from an ongoing journal of a man who arises again and yet again after that, convinced to his core that the shame isn’t in falling down, but in staying down. “There Comes a Time” ends the album with the message to the young, the impatient, the impudent, the cocky, the alienated, the arrogant, the afraid, to anyone convinced that their life is at a hopeless dead end so early in their years to take chances, take risks, be unafraid to make mistakes, to fail, to get up and go again when your face is in the dirt, to do something, to do many things to ensure that on reflection  that one didn't spend their life weeping. Michael J. Dwyer, a traveler, a songwriter, a man tempered by time and dared to feel his experiences deeply, tells us with Borderland 2 that it’s worth it all, and he’d do it again if he could.

(Originally published in the San Diego Troubadour. Used with permission).