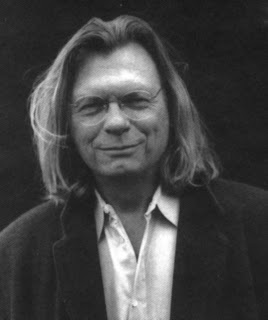 There are those poets whose mastery is so inspiring that one feels a need to cease writing verse themselves lest the master comes across a slovenly stanza one has written and commence to laugh deeply, richly at the grammatical incompetence. Paranoia, I know, but that's the feeling I get sometimes after reading the poems of Thomas Lux. The ease with which he's able to merge plain speaking with unaffected turns of phrase, dark irony with darker humor, hard realism with lyric sweeps which make me pause in my own work and consider the next line I'll write harder than I normally would. Great poets inspire that. Lux is one of my favorite poets--I can't think of anyone else who crafts a free verse poem with better care and intriguing twists of perception that he does., He is exactly the poet people should read when they want more from comprehensible poems than Billy Collins' unceasing tours of his neighborhood. Lux is the Laureate of Unintended Results. He will show you how matters invade expectation and undermine a grand view of how one's life is working through the weeks.


The high-tension spires spike the sky
beneath which boys bend
to pick from prickly vines
the deep-sopped fruit, the rind's green
a green sunk
in green. They part the plants' leaves,
reach into the nest,
and pull out mother, father, fat Uncle Phil.
The smaller yellow-geren children stay,
for now the fruit goes
in baskets by the side of the row,
every thirty feet or so. By these bushels
the boys get paid, in cash,
at day's end, this summer
of the last days of the empire
that will become known as
the past, adios, then,
the ragged-edged beautiful blink.

An agrarian scene, we assume at first, made dense and surreal with Lux's painterly descriptions, but there is something subtler, deadlier underneath. This poem for me addresses invading armies, albeit disguised in fruity metaphor. Overwhelming forces invade homes, destroy homelands, cart off citizens and vital resources, and then are gone when use is exhausted, in a blink that Lux fuses with Yeat's "terrible beauty". This poem has more to do with the metaphorical devices nations and electorates will use to distance themselves from the real damage their country inflicts for some greater, glorious good. Suffering is discounted, and the blood on one's fingertips is said to taste like honey. This is a provocative poem from Lux. He is so skilled in his language that it gets scary. Of all the poets with a realist bent, Lux I think is the one who is truly subversive of his own and, by extension, his reader's assumptions of the world. It is a neat and meaningful leap for him to go from a narrative that mimics, shall we say parodies Hemingway's hunting persona that reveals , at the end, a bizarre twist in Papa's Romanticism masculinity, equating the resemblance of the monkey's small hands with those of children, and fantasizing in the last instance that monkeys "can be taught to smile."You smile, indeed, you chuckle, you get the joke and wonder how on earth he came up with this unexpected yet fruitful turn, and then there is the additional, delayed realization that what Lux has offered up is a brief and cutting critique of hunter mystique. Rousseau himself would shiver at what comes up with. Lux is one of our best.

More like a vault -- you pull the handle out
and on the shelves: not a lot,
and what there is (a boiled potato
in a bag, a chicken carcass
under foil) looking dispirited,
drained, mugged. This is not
a place to go in hope or hunger.
But, just to the right of the middle
of the middle door shelf, on fire, a lit-from-within red,
heart red, sexual red, wet neon red,
shining red in their liquid, exotic,
aloof, slumming
in such company: a jar
of maraschino cherries. Three-quarters
full, fiery globes, like strippers
at a church social. Maraschino cherries, maraschino,
the only foreign word I knew. Not once
did I see these cherries employed: not
in a drink, nor on top
of a glob of ice cream,
or just pop one in your mouth. Not once.
The same jar there through an entire
childhood of dull dinners -- bald meat,
pocked peas and, see above,
boiled potatoes. Maybe
they came over from the old country,
family heirlooms, or were status symbols
bought with a piece of the first paycheck
from a sweatshop,
which beat the pig farm in Bohemia,
handed down from my grandparents
to my parents
to be someday mine,
then my child's?
They were beautiful
and, if I never ate one,
it was because I knew it might be missed
or because I knew it would not be replaced
and because you do not eat
that which rips your heart with joy.

Like Don DeLillo in his novels, Lux gives the history of a consumer culture's love affair with the objects they purchase and attach their happiness to, only to fall out of love when a wire is too frayed, a motor stops running, or a newer, sleeker design replete with more gadgets hits the showroom floor; so much history, family is contained within this refrigerator, memories that grow faint as children grow, parents die, people move to places out of town. A poignant picture this is, a deserted refrigerator on the back porch for years, something you pass daily, perhaps, knowing there are history and stories attached to its existence as a working machine, all of it unknown and unrecoverable like singular drops of rain into a stream."So You Put the Dog to Sleep" is one my incidental favorite poems of the last ten years. In it Lux categorizes within a routine, if excruciating ritual of middle-class life, the skewed habits of mind, suggesting here the weirdness John Cheever could get at with his tragi-comic stories about New York suburbs. He additionally subtly indicates how we handle the minor tragedies in our lives.

SO YOU PUT THE DOG TO SLEEP
Thomas Lux

"I have no dog, but must be
Somewhere there's one belongs to me."
--John Kendrick Bangs

You love your dog and carve his steaks
(marbled, tgender, aged) in the shape of hearts.
You let him on your lap at will

and call him by a lover's name:Liebschen,
pooch-o-mine, lamby, honey tart,
and you fill your voice with tenderness, woo.

He loves you too, that's his only job,
it's how he pays his room and board.
Behind his devotion, though, his dopey looks,

he might be a beast who wants your house,
your wife; who in fact loathes you, his lord.
His jaws snapping while you sleep means dreams

of eating your face: nose, lips, eyebrows, ears...
But soon your dog gets old, his legs
go bad, he's nearly blind, you puree his meat

and feed him with a spoon. It's hard to say
who hates whom more. He will not beg.
So you put the dog to sleep, Bad dog.

Cheever might be the best writer to compare Lux with, as the two of them have established the elegant yet clear-eyed tone of a narrator who can affectionately, intimately describe the conditions and contexts of the scenarios and yet remain seemingly detached , uncommitted, reserved if only to not break into laughter or tears as to the outcome. With "Dog" the situation begins with love, affection, an owner's dutiful care for his pet in exchange for the animal's unqualified love and loyalty. Later, as the dog grows older, his love and loyalty turns into dependence as he ages and becomes infirm, while the owner's affections sour into resentment. It constructs how thinking is geared to allow us to dodge guilt. As with farts, missing homework and soiled carpets, blame the dog for his own demise.
at November 27, 2009