Some who admire David Foster Wallace assert that those who don't "get" him or are guilty of misunderstanding what he's doing as a writer. If they are missing the point so often over the entire length of his talk, the fault is not entirely theirs. DFW had a habit of reflexively resorting to a passive "ironic" tone when the ideas in his work piled up under the weight of his un-diagramable sentences, which is a handy way of getting a laugh and riffing on end.

His point, his warnings, his insights became nearly unnoticeable for all his showing off. If there is a disconnect between audience and speaker, Wallace shoulders much of the blame. He was a fascinating writer and occasionally brilliant, but his lack of emphasis when it counted did him no favors. He did so many digressions as a means of revealing what's behind the narrative curtain, analogous, I suppose, to the grand scene in Wizard of Oz as Toto reveals that the Great Legend is both social construction and a fraud, that the brilliance is made indistinguishable from the exuberant and chatty bullshit that glut Wallace's writing. Wallace couldn't resist the impulse to comment, dredge for ironies when natural contradictions didn't avail themselves, serve heaping amounts of what read like undigested research. It was such a massive dump of information that what he'd written in his fiction transformed from the precious element of "telling detail"--that bit of commentary on specific items in a room and the speech acts of characters revealing some submerged desire to contradict and flee the world they've created or have selected--into mounds of unconsidered data.This always struck me as a species of hording, if you will; perhaps he was a rigorous editor of his own material in ways unknown to us, far too much of his work reads like a man who couldn't throw out paragraphs or pages that didn't bring quality to the reading experience.

There's a "look-ma-no-hands" showiness about his books, Infinite Jest especially. I suppose that as one who has made his way through a bevy of Henry James, James Joyce and Thomas Pynchon novels, all thick, labyrinthian, very extended in their conditional constructions who managed both to comprehend (I think) and enjoy the deluges of word virtuosity, I guess it's ironic I'd find Wallace's prolix tiresome. Not really. The other three were (are) better writers who wanted their sentences to contain surprise and ideas while not sacrificing the providence of tale they were engaged in telling. I never thought Wallace graduated beyond the status of being a loquacious verbal show-off.

An old review of a fine Chet Baker album 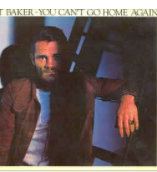 Trumpet player Baker has a relaxed, lyrical, muted style superficially like Miles Davis's from his Kind of Blue. Indeed, a first impression makes you think the resemblance is vital, not a little. But Baker has a voice very much his own. On You Can't Go Home Again, he applies himself more tactfully and imaginatively than a dozen other flashier players could. The benefit of Baker's technique is the hushed tone, the muted sighs and near whimers of emotion that emerge from the trumpet's bell. Where others like Freddie Hubbard attempt and often succeed in creating beauty with reams of unapologetic bravado and virtuosity--even Hubbard's wonderful treatment of ballads resemble nothing less a gauntlet being thrown down to anyone else who thinks they can do better--Baker is the romantic who has a hard time coming up the right words to profess a feeling. But when he does, the build up, the pauses between his short phrases, his whispering rasp of a tone rises eventually to full sonnets of sound, phrase after phrase coaxing unintended nuance from a composer's melody. An easy sound that's difficult to come  by.  The music is lyrical and moody with heavy orchestration by Don Sebesky (whose career as CTI house arranger has converted many a talent into a white-faced, mass-market commodity). Still, Baker's pensive, searching emotionalism transcends the limits, as well as the efforts of an excellent group of sidemen.  Drummer Tony Williams, saxist Michael Brecker, bassist Ron Carter, guitarist John Scofield, and guest musicians like Hubert laws, Paul Desmond, and Alphonso Johnson, charge ahead, relax the tempos, and pivot to new cross-rhythms and chord combinations that remain infectious throughout. Sparking moments abound particularly in the solos of Scofield, Desmond and, Brecker. The lyricism here is managed without the goo of sentimentality: Baker's power seems to come from a deeper source that can't be diminished.
at November 18, 2021 No comments:

MY LYRICS CAN BEAT UP YOUR LYRICS 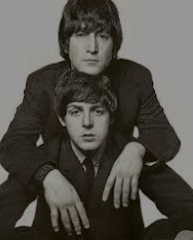 In a feature in the current issue of Slate, Jack Hamilton adds some lighter fluid to the controversy slowly boiling over who was the better wordsmith for the Beatles, Paul McCartney or John Lennon. Not coincidental with the release of the pricey two-volume, slip-cased set The Lyrics where McCartney describes his authorship of  150 songs both for the Beatles and other projects, Hamilton, as one could expect, bucks conventional wisdom and argues that Sir Paul was the superior lyricist. Do you remember your younger life when you waxed incessantly, continuously, and oppressively about one album, one exceptional album that was the greatest album ever made, a work of art unlike any other we've ever seen as a species and the likes of which we will ever see again? Do you remember forgetting about that extra-fantastic disc and then listening to it again  decades later,  realizing it hasn't traveled through the years as well as you claimed? And remember what you said at the time?

I remember my hyperbolic tantrums arguing for the genius of many records I've since abandoned. That is what Hamilton's defense of McCartney's lyrics for the Beatles read like, a gushy mash note. Of course, the man had a way with words, but…please calm down… Like anyone else obsessed with what the Beatles have accomplished and how it was that they created a body of work without peer, I've dived into the weeds to determine who had the more outstanding mind and pen, John or Paul. After much scrutiny, cogitating, late nights scanning lyric sheets wearing headphones while the Beatles blared loudly and made my hearing even worse than it was, my conclusion is that it's a draw between the two.

As for songwriting partners and as lone authors of single songs while in the Beatles, Lennon and McCartney seemed an evenly matched pair as lyricists, with McCartney having a substantial edge for composing engaging and deceptively simple melodies. Lennon, to be sure, could write a lovely song as well and do so throughout the band's lifetime, but  McCartney has the advantage. As Beatles lyricists,  one can strongly argue that the two were equal for fluidity and agility of expression. Their distinct personalities gave the metaphorical Beatles Universe (with some exemplary additional contributions from George Harrison) a remarkably fresh and finally unpredictable take on the human experience.  McCartney was a fine lyricist with the Beatles, and I'd even agree brilliant at times. Still, I believe the old saw that Sir Paul's best abilities as lyricist and melodist may well have remained dormant if Lennon hadn't become such a significant presence in his creative undertakings. And yes, I would agree, Lennon might have remained yet another Rocker doomed for inevitable anonymity if he hadn't made McCartney's acquaintance.  This will, undoubtedly, be argued about until the end of time.  Notably, McCartney has been showing concern over his legacy as he gets older. He wants the world to realize the weight of actual contribution to the Beatles' longevity, perhaps even a desire to take Lennon's reputation as the superior lyricist and intellect down a peg or two.

'Though fueled by resentment, I suspect,  there is no getting away from the fact that the solo efforts by Lennon and McCartney, including struggles with Plastic Ono Band and Wings respectively, are depressingly substandard considered against the work they'd done for the Beatles.  Of course, both bodies of post-Beatles music have pockets of the old magic, charisma, wit, and melodic bite. Still, Lennon had descended from the ranks of an artist to becoming merely a Professional Celebrity, an amazingly clueless personality whose lyric acumen was now little else but sloganeering no more subtle than a bumper sticker. McCartney, in turn, couldn't seem to write a cohesive song anymore; his song structures were erratic, jarring, disjointed, too often coming less well than office buildings abandoned during construction. His lyric writing was gibberish, and those who want to defend the words he wrote for Wings come off as wishful thinkers.

Email ThisBlogThis!Share to TwitterShare to FacebookShare to Pinterest
Labels: The Beatles 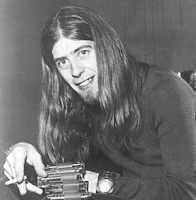 JohnMayall is a multi-instrumentalist in the sense that an office worker is a multi-tasker. This would mean, for our purpose, someone able to do several things simultaneously poorly. A better analogy might be an old joke, a jack of all trades, master of none. Mayall is someone who dabbles on harmonica, guitar, keyboards, having a tentative command of blues basics and not much else. I wouldn't even call him an instrumentalist--dabbler pretty much gets what he does. His penchant for finding tasty and distinct blues guitarist was undoubtedly aimed at fleshing out what otherwise would have been a thin, brittle sound from the blues breakers had he featured himself as a featured soloist. Mayall is not an exciting musician.  Of course, I  give Mayall full credit for putting together crackerjack bands that have, at times, making it possible for Mayall to release first-rate albums. The albums I listen to especially are USA Union featuring the sadly underrated Harvey Mandel on guitar, Larry Taylor on bass, Sugarcane Harris on violin, and, of course, Turning Point, with the splendid, Desmond-y sax work of Johnny Almond and Jon Mark on acoustic guitar. Mayall's harmonica work was more texture than anything else, save for the excellent workout he accomplishes on Room to Move. These were band albums with credible, blues-based tunes with jazz used as texture, groove, and pacing. Too often, much too often for me, though, Mayall has pushed his harmonica work to the forefront, usually following a hot guitar solo or sultry work out from a reedman, and the effect is like a blowing out a tire when you're cruising at a comfortable rate of speed. It's my view Mayall was playing catch up with what the Butterfield band was doing with their jazz-rock ventures. What Butterfield and his crew did on East-West with the Work Song and the long title improv, released in 1966, is so profoundly ahead of its time that I consider Mayall's contribution to the fusing of jazz, blues, and rock as a bit less important than you do. It's a matter of taste, I realize, and I'm just stating mine, perhaps obnoxiously so. It may well be an unrealistic expectation of mine for musicians described often enough as "band leaders" to be solid and confident soloists no less than the musicians they hire.
at November 01, 2021 No comments: