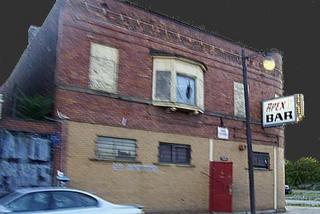 The absence of any new movies compelling enough to fill column inches by film critics has a few them stirring matters up in the buzz-community with controversy that is more self-serving that satisfying as something to read: is Steven Spielberg exploiting 9/11 with his added element of terrorism and “sleeper cells” in his remake of War of the Worlds?

The question is inevitable, really. Had 9/11 not happened, there would writers searching for a lapse in ethical production with a question or two about whether the director was exploiting the Oklahoma bombing for topical subtext, with the Michigan Militia taking the place of Al Qaeda as the sublimated fifth column represented in the film. But 9/11 and Al Qaeda it is, and there defenders to Spielberg’s use of the attack as an undercurrent in is remake. Slate’s reviewer, David Edelstein, one of the better film critics working, goes overboard and maintains that Spielberg had earned the right to tailor his film to mirror the current paranoid state. It’s the sort of argument that uses every item on the shelf one can throw at, which makes the defense breathless, barely aware of its own absurdity. The first question to Edelstein's quick-draw defense is who among us hadn't earned the right to discuss, depict, interpret and frame the attack by dint surviving it , witnessing it, grieving and raging over it? Spielberg has his right to conceptualize his meanings of 9/11 all he wants, but his right to the material supersedes no one else's who was here, on this soil, American-born.

Precisely how Spielberg "earned the right" to invoke 9/11 in War of the Words isn't clear in David Edelstein's defense. Despite what the headline of the story implies, there is no gauntlet that Spielberg had to run, no set of noble tasks he had to perform, no spectacularly patriotic deeds he had to commit in order to gain the moral right to refer to 9/11 in his work. As is, the only rights he needed are those afforded him by the Constitution and the Bill of Rights; the fact that he's a fantastically successful director whose name means large profits didn't hurt him either. I doubt there was much mulling over his "right" to make transparent allusions to 9/11 while the film was in production, or even under discussion. For all the rest of it, War of the Worlds is typical Spielberg fair, blatantly pushing hot buttons, skirting the edge of the gross and edgy, but reeling back from the abyss for the fabled Hollywood Uplift that have made analyzing his films useless beyond a certain technical appraisal. Spielberg makes spectacles, loud, noisy, and fast paced, unencumbered by character depth or situations that don't fall into a play book of tropes we haven't already seen in his movies since 1941 or ET. The stab for significance, for a resonating theme against recent national catastrophe, is to be expected, but one cannot seriously argue that this makes for a new level in Spielberg's film making. He's tried his hand at being an important movie maker, but he remains someone who loves all the technologized smoke-and-mirrors over the examination of one real human detail.

Even with all the references and metaphors to terrorists and sleeper cells, War of the Worlds is exactly the sort of expensive wind up toy we expect from Spielberg and his sort; a mechanized, mindless engine of activity that will pursue its own demise, clamorously so. As it goes, Spielberg consistently demonstrates mastery with the big effects and visual garnishes he loves to deploy. They're eye-popping treats, and sometimes there is even a horrible beauty in the crammed images even as he strains, preens and exerts his directorial will for effect. The rain of clothes in the forest as the family flees a Tripod attack in particular is haunting for any number of reasons, not the least being that it's a well composed scene that appears at the right point in the proceedings.

Subtext , ambiguity and philosophical-laced irony are not his strong suits, however, and what attempts there are in his works to grapple with the uncrossable essences of life are either complete muddles, demonstrated with his curious and garbled "collaboration" with Kubrick AI , or rescind all claims at problematized edginess by an arbitrary insertion of family-values endings, viewable in Minority Report. Other praised "mature" works like Saving Private Ryan and Schindler's List never rise above the ham-handed when it comes to offering wisdom to an audience, and that's Spielberg's flaw; he tries to think and succeeds principally in dressing up civics-course clichés with 100 million dollar budgets. There are those who will make a case for Spielberg as having more gravitas than he's been given credit for, but it's the sort of argument that produces language much too eloquent for the cause at hand; they don't sound as if they really believe the hype and overstate the case. Hollywood would prefer that he most successful American director in history be an intellectual as well as an entertainer , but little in the gale of words coming to Spielberg's defense obscures the obvious, that he is a technician, an extremely competent craftsman who occasionally make satisfying, crowd pleasing entertainments. The final scene, with the reappearance of the assumed dead son at Grandma and Grandpa's house in the only Boston neighborhood that hadn't been torched by the aliens, was nearly enough to ruin the film for me. As sheer spectacle, WOTW has the slick allure of a disaster movie, but Spielberg feels required to assure us that the central characters are all okay in the end. The son's reemergence was as sloppy and cynical a ploy as the resurrection of ET.

Spielberg's right to use 9/11 references isn't disputed here, it's the pretense that what he's offering up is anything more than entertainment with an overlay of topicality. Spielberg has tried his hand several times to be Serious Director, and the results--Pvt. Ryan, The Color Purple, Schindler's List-- are notable for the fact that  tries so hard  hard for significance. The fatal flaw with these films, I think, is his inability to abandon visual hugeness and instead explore an idea of human concern. War of the Worlds works well it does because he's back with the kind of material he does wonders with, the sci-fi action-adventure. The secret in this formula is to keep the number of ideas you're working with to a minimum, keep your focus, and keep things moving at a brisk, efficient pace. It's a darker vision, it's topical and fraught with a sharper paranoia and alarm than before, but it's intended, finally, as escapist fare, expensively mounted. I don't attack Spielberg for doing what does when it comes together, but we ought not to pretend that his intentions are nobler than woman who cuts your hair or the man who bags your groceries
at July 24, 2005 No comments:

Nothing fits the cadence that
quits before a fist can pound

hard ivory blocks for truth
that is both black and white

and a chronic wash of riffing tones
flying in formation around the
shape of your head as you forget dreams
and addresses of friends you need to call,

drums lay it down, high hat , snare rattle,
a road that takes you out of town

to further reaches past the beaches
and downtown corners where you
cars and their screeches
as they stop for pedestrians
chatting up phantoms with
empty cell phones, wasting
minutes as they cross,

fingers building and knocking down
chords and melodies to the rhythm

that has ceased to be a way to move forward
and is now a quaking way to meet
the man in the moon,

piano jazz in the thick of cocktails
that muddy the distinctions between
a screaming blues sting
or the sideways , shard -ridden
gray-hued murk of Dachau's
lost voice and string quartets,

a music that's constantly waking up
in night sweats, angular and hallow
in the chest,

are there shadows dancing
with one another as this
music plays?
at July 19, 2005 No comments:

Something smells like gas
everytime he comes on TV,

our world in the political sense
is smaller and less comprehensible,

he does shadow animals against
the a map of the earth, making it

that reads "You Are Here!", black wings
and thumbnail talons ready to scratch

place names right off the surface,
a room mate lights a cigarette,

"That shit will kill you" I say while
I wave a hand in air that doesn't move,

he puffs, jettisons a hard white stream,
points to the set,

address them directly, I smell gas
and get the feeling of having wings

suddenly and without reason, my drink is spilled,
more people with bombs are killed,

a vote hardly seems worth the chad that
hangs from it,

every state has something rotten
at the core, it's bombs in the air,

collapsing buildings, planes off their flight plans,
we can clean up this mess with enough gasoline,

Something smells like gas
everytime he comes on TV,

our world in the political sense
is smaller and less comprehensible,

he does shadow animals against
the a map of the earth, making it

that reads "You Are Here!", black wings
and thumbnail talons ready to scratch

place names right off the surface,
a room mate lights a cigarette,

"That shit will kill you" I say while
I wave a hand in air that doesn't move,

he puffs, jettisons a hard white stream,
points to the set,

address them directly, I smell gas
and get the feeling of having wings

suddenly and without reason, my drink is spilled,
more people with bombs are killed,

a vote hardly seems worth the chad that
hangs from it,

every state has something rotten
at the core, it's bombs in the air,

collapsing buildings, planes off their flight plans,
we can clean up this mess with enough gasoline,

who's revolution is it anyway?