Bell and Ron Satterfield have spent the last few years wowing and beguiling audiences with their vibrant combination of straight ahead, pop, and boss nova-inflected jazz. Blues), their new album, is a welcome release, an intoxicating blend of classic tunes by Miles Davis, Thelonious Monk, and Bill Evans among others, and three guileful originals by Bell. Flutist Bell and guitarist /vocalist Satterfield are a musical combination that have the shared the reflexes of swift and nimble dancers, negotiating difficult changes and moving gracefully through a varied and rich field of tempos, moods, and tones. Those of us lucky enough to witness their magic live no Bell’s wonderful accomplishments during a performance. Her improvisations are a sublime complement of speed and grace, with a skill to interpret material, reshape melodies, and play tricky and shifting tempos. Her technique is meteoric, but they do not sacrifice the sweetness of the music in service to mere virtuosity.


Bell’s genius for inventing melodic conceptions in seamless succession fuses with Satterfield’s adroit guitar work. Eschewing solos, he instead switches between different requirements with ease, verve, and style. He gleefully alternates between straight up walking bass lines and shuffle patterns to the subdivided syncopations of Bossa and shows the dulcet intuition of a pianist on the more somber material. Note: Satterfield is a fine pianist as well with an agile and delicate touch, a quality that informs a nearly flawless sense of rhythm and groove. There’s no lack of variety on blues). Those requiring their music be up-tempo and big league, Bell’s own “Bell’s Blues” begins the album with all cylinders firing. It’s a hard-swinging blue with some sweet criss-cross changes and the flutist swooping and pirouetting over Satterfield’s propulsive chords; Satterfield, at midpoint, eases into the fury with a lyric scat vocal, mirroring Bell’s effervescent notes with his own vocalese. Satterfield’s voice is one wonder of Southern California jazz.
The pair retook Monk’s “Blue Monk” into a 6/8 time rush, the usually doleful melody transformed into whistling, scat-happy whimsy. Satterfield launches firmly from a beautifully clipped Latin groove and propels the material with galloping chords, over which Bell decorates the combustible pace with an airy, sprite set of improvisations, springing off Satterfield’s able time keeping. Another high point is a refreshingly sprite arrangement of Miles Davis’s classic “All Blues.” With rare exceptions, later versions of the tune have treated Davis’ original arrangement–slow, somber, casually yet firmly swaying–as sacrosanct. Bell and Satterfield prefer to create anew, allowing them to mess with the song’s mood, elevating from its muted and brooding essence as a tone poem and turn that swaying motion into something close to a swinging rhythm. Bell’s mastery is in full evidence, weaving sprite, flutter-tongued phrases over and between Satterfield’s brisk and agile chord voicings.
at May 28, 2019 No comments:

DYLAN SINGS TERRIBLY, AND THAT'S WHAT MAKES HIM A BRILLIANT VOCALIST 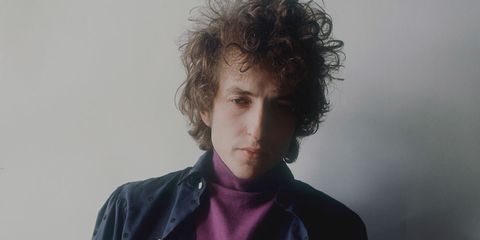 If you're wondering, ever, why rock criticism is The Red-Light District of the reviewing arts, this article recently posted on the Esquire website to celebrate Bob Dylan's 78th birthday, shows the reason. The essay baldly asserts that Dylan is "The Greatest American Singer of All Time". Written by someone named , a songwriter and occasional music journalist, the piece an unctuous, overeager stroll through the obvious facts of Dylan's career laced with fatuous claims for this to be the greatest American singer. The basic formulation is that as a developing artist, a man dedicated to making a splash in the music world with the resources at this command, the young Dylan had tried on several musical styles—blues, folk, field hollers, gospel, rock-and-roll, and that he had made each style his own reinventing all of them. The basic problem is that Dylan has an awful instrument for carrying a tune.

There's room for an agreement that the Bard of the Counter Culture has created a good number of impressive, moving, and subtle vocal performances during his long stay in the public eye, but that isn't the same thing as being the Greatest Singer this culture has ever produced. Slate gushes like a nervously prolix fanboy as he over rates the artist's obvious accomplishment. He undersells what was going on in the reinvention that's required for an artist of latent genius to accomplish anything beyond the bathroom and the hairbrushDylan is a great singer because he had the ability that suited the qualities and limitations of his voice. All great songwriters do this, especially with Burt Bacharach, who wrote perfect melodies for a stream of quirky vocalists who without him, likely would have trouble finding a good for their native sound. I am thinking specifically of Dionne Warwick and Gene Pitney, two singers who, I'm convinced, might have languished without Bacharach's melodic accommodations of their strengths.

Dylan is a more extreme example of this. His early versions of anonymous folk classics with many affectations that make me cringe when played The genius of his vocal style didn't develop until he committed to writing his songs; the affectations began to fall away and, by the time we come to Blonde on Blonde, we've experienced a long string of potent lyrics dramatized a singular original style that handily introduced and forced acceptance of a new aesthetic in pop singing. Mick Jagger is someone I'd say is an artist who followed the same route, a man with a technically awful voice who, in partner Keith Richard, had a voice that could create musical context and frame Jagger's singing.

I've argued that Dylan and Jagger were not singers, but VOCALISTS, men who could do interesting things with their voice to dramatize a lyric. What those two do is a certain singing, but the distinction is helpful in keeping one's statements about an artist's work both sober and sane.Dylan, though, is not the greatest American singer. Sinatra can , hypothetically, could sing "Blowing in the Wind" or "Just Like a Woman" with style and aplomb (the results , no doubt, would sound ridiculous), but Dylan couldn't handle a single tune from Sinatra's songbook. Many  argue otherwise,insisting he could pull off the fete and change music history again.but the brilliance of this man, Dylan, lies entirely on the work he created.On his own songs, the gentleman rules without peer. "No sings Dylan like Dylan" was an early Columbia slogan for the songwriter, quite a prescient declaration as we take the long view of his career. But is less about Dylan's singing than it is about the article writer's rote hyperbole.

T.S. ALL OVER THE PLACE