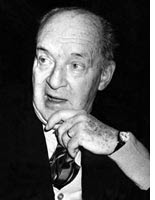 Hemingway’s reputation as a stylist diminished in the view of critics of critics and readers with the surfeit of previously unpublished manuscripts had the tendency to be mawkish and sentimental in his rawest form, and you wanted to avert your eyes from the page of a work he wanted to remain apocryphal. Mailer fanatic that I am, there’s no thirst on my part to read incomplete and unpolished prose from the late writer set between book covers; it seems immoral to let the less tidy writings be presented as “unpublished gems” , or “lost masterpieces”. It’s a dishonest cheat, a fraud laid upon the readership. Nabokov was painstaking in his craft, and it’s his judgment I trust if he deemed the manuscript unpublished. Burn it and allow us a genius unspoiled by erring scholars and eager publishers.
at January 17, 2008 4 comments: