THE NOVEL WILL NOT STOP DYING 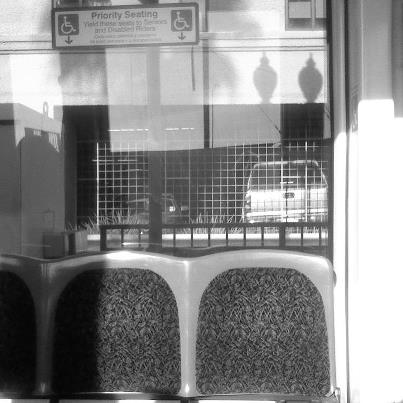 Daniel Mendalsohn, smart critic that he is, must have had a bad dream about the future of creative writing and decided that those scummy novelists have been living on the good graces of a gullibe reading public and a gaggle of conspiring critics for too long. Plugging his new collection of essays 'Waiting for the Barbarians during an interview in Lambda Literature , the oracular Mendalsohn feels the zeitgeist closing on him too closly and lets loose with some end-days declarations,among them that the novel is deceased.Hmmm...

I've been reading learned essays declaring the end of the novels for almost five decades and we've yet to see authors stop writing them or an audience stop reading them. That, in addition to the embarrassment of younger novelists who continue to write compelling prose narratives in subtle and innovative ways. This is the spot where those who agree with me can insert the last names of their current author preferences. I read this essay with a profound sense of deja vu and figured out that the scribe is himself recycling a set of assumptions--fundamentally, that the progress of literature has come to to the fabled "end" where every story telling device and structure is exhausted--that are put forward from time to time less to clear ground for new thinking on what literary art should than to merely start a ruckus.

Theater, radio, movies, painting, broadcast television and print books have been declared either dead or on barely working life support for years, yet all these forms are thriving. My question is when will editors see these essays as the canards they are and instead demand criticisms that is more interested in the style and intricate elements of a novelist's work instead of trying to cram him or her into a premature grave and throwing dirt on them. It's time, I think, that we throw the dirt back at them.
at January 18, 2013 No comments:

T.R.Hummer has Three Poems posted today in Slate, which delighted me to no end. This is a trio of swirling rhymes that will not stand for being mere decorations on that tall, swaying tree called literary style. Hummer has the musical sway and swing of Edgar Allen Poe, able to digress, elongate and contract a phrase at will, finding a tonality of both everyday things and historical memory. This has the snap and splintery detail of what Tom Waits does with his lyrics, but in this case, the author is more a witness than a persona recalling a location changed by time, personalities who thrived in the wallow of their eccentricities and who are now gone, replaced by urban professionals and Lego style architecture.

Hummer's trilogy addresses a set of conversations where it seems that the sweep of events and the acceleration of change, complicated by encroaching generations younger and hungrier than older denizens, all wind up in the dustbin, not swept by rather dumped, or pushed, as in off a cliff."Imperial" nicely echoes and paraphrases "Richard Cory" but rather than suicide being the inevitable curse, we have a personage of fame, wealth, prestige denied the right to be fully human and full of complexity; he is in a cage, in a sense mummified, locked up in symbolism, turned into a commodity of hope for a citizenship that he is by birth obligation inflexibly beholden to.

"Prince Albert in a can" becomes not a joke but a description of what someone's life has become. "Pandora Jackson" , In turn, is the story, spread over generations and variations of Diaspora , of beset upon peoples wandering the map for new homes, places of security where they may, in turn, thrive and build communities;  but all are uprooted again, leaving only the withered ghosts of the means of getting there, railroad tracks, maintenance equipment, box cars still and void of voices , We are crowded along until again we are either lifted again by Biblical promise, the Rapture , or left behind to scrape by in the hallows of the emptied cities and towns, subsisting until history itself is forgotten.

"Bloodflower Sermon" concerns the dark fact the homeless millions in our communities, but speaks finally to the supposition that the light of virtue, the light of truth,  leads us not to  Heaven but merely rids us of the veils of self-constructed mythologies we've sustained our daily lives with the clever rationalizations we've decorated the walls of Plato's Cave and shows us for what we really are, instinct-driven creatures given a gift of free will with which we could do great good or worsen the state of things of the planet, The echoes Delmore Schwartz beautifully, succinctly; Hummer suggests that in the raw state of nature, bereft of things and self-assurance, we find ourselves waiting to be judged. It is a calculus we dread, a trip no one truly wants to take.
at January 08, 2013 1 comment:

A lovely lyric for a cold, final day of a year that hadn't turned out as one hoped. Hardy's rhymes have the grace of being strong and lean, achieving both pacing and impact. There is an efficiency here that, aided with the purposeful emphasis of end rhymes composed of everyday things, the poem evokes the musing of someone in the grip of a bad mood that threatens to fester into a spiraling cynicism. Hardy is, of course, not committing philosophy here nor constructing metaphors to describe unknowable metaphysics as to the actual composition of mood and personality.

I leant upon a coppice gate
When Frost was spectre-gray,
And Winter's dregs made desolate
The weakening eye of day.
The tangled bine-stems scored the sky
Like strings of broken lyres,
And all mankind that haunted nigh
Had sought their household fires.
The land's sharp features seemed to be
The Century's corpse outleant,
His crypt the cloudy canopy,
The wind his death-lament.
The ancient pulse of germ and birth
Was shrunken hard and dry,
And every spirit upon earth
Seemed fervorless as I.
At once a voice arose among
The bleak twigs overhead
In a full-hearted evensong
Of joy illimited;
An aged thrush, frail, gaunt, and small
In blast-beruffled plume,
Had chosen thus to fling his soul
Upon the growing gloom.
So little cause for carolings
Of such ecstatic sound
Was written on terrestrial things
Afar or nigh around,
That I could think there trembled through
His happy good-night air
Some blessed Hope, whereof he knew
And I was unaware.
--31 December 1900

He is not a Spenglarian, seeing culture as having peaked during a dubiously termed Golden Age, with matters of arts, politics, and spirit declining ever since. This is a conversation or part of it, something shared at the moment; it is an easy intimacy that lacks pretense, an expression of weariness that at first seems profound and permanent but which, more often than not, passes as we emerge from our thoughts and brooding and get on with our duties.

It's this limited scale, the smallness of Hardy's lyric, that makes the poem effective: a complete lack of pretense. He describes his world, creating a scenario where we know that the particular items in his realm are seen in the light of his mood, which is dour. Rather nicely, he makes this personal and eschews generalizations to the degree of insisting emphatically that the entire world is a depressing, hopeless place.  There is a genuine humility here--his bad feelings needn't be the norm by default.

Seeing the darkling thrush is a plausible cure for his downcast mood; just as he seems incapable of telling precisely why he had fallen into a state of increasing unease, so to the song of the thrush lifts his spirits and provides him with the proverbial light at the end of the especially dank tunnel he found himself in. Deux ex Machina, perhaps, the hand, or at least a finger of the divine lifting the foul curtain that had fallen over his day. Hardy is smart enough a poet not to attribute the arrival of the thrush and its song to any purposeful agenda; credibly, thankfully, he lets us know that he lives in a universe where such interventions, whatever their nature, happen and that he has the senses to perceive them when they occur.
at January 05, 2013 No comments: