What I Thought, What I Stole 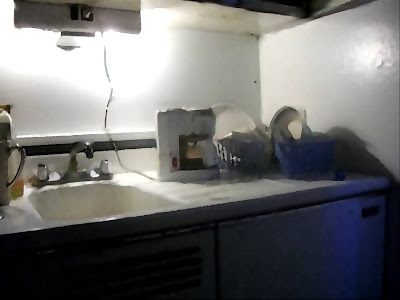 A professor once point out that something becomes art once it is framed, no matter what that object may be. That was great, I thought, and spent the next couple of semesters elaborating on this notion over hot cups of coffee, pitchers of beer, book and record reviews I wrote for the college newspaper, and certainly, most certainly, on term papers I was required to write in my humanities classes. I was a smart cookie, indeed, smart enough to recycle someone else's solid point over and again in pursuit of status and good grades. The odd thing, though, is that whereas the bullshit that I produced as a young has been exposed as being dually pompous and naive, the idea of the frame is a solid one; it has the added benefit of being     true.

This idea originated with Marcel Duchamp as he exhibited his readymades, a classic dada gesture he offered with his ready mades, such as urinals hoisted upon gallery walls, and snow shovels on pedastals. The point , though, was that the object became an aesthetic object,denatured, in a manner of speaking , from its natural context and forced , suddenly, to be discussed in its very "thingness". The object becomes art by the lexicon we wrap around it, a linguistic default.  Duchamp intended a guerrilla action against the bourgeoisie and their monied, status  focus on works of art  with the hope of returning the population to  a state where perception hadn't been codified with price tag and a standing army. The notion, however, became the market standard, however, with Pop Art : art was free to wander around it's own forms and materials without having to address anything so  trivial as why we love Jesus or bother to own pets instead of raise children.
Whether the object is art as most understand art to be--the result of an inner expressive need to mold , shape and hone materials and forms into an a medium that engages a set of ideas about the world, or unearths some fleeting sense of human experience -- isn't the point here. Ironically, art, generally defined as something that is absent all utility, any defineable function, is suddenly given a use that is sufficiently economic, which is to keep an art industry in motion; it is the sound of money. DuChamp, and other dadaists who sought to undermine this idea of art and its supposed spiritual epiphanies for the priviledged few, instead furnished a whole new rational for art vending.
at February 18, 2011