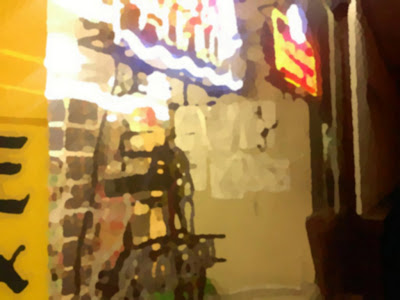 I don't think Americans are afraid of poetry;  that, I think, is an easy  way of explaining why poetr books don't sell and why it's difficult for a poet without reputation to get  himself or herself by wider audiences. Rather it's a matter of not many Americans, comparatively, think of poetry as a resource since we, as a culture, are not an introspective culture, but instead one that continuously looks forward to a future to be created.

Poetry, so far as the general reader is concerned, is a matter of one being alone with their thoughts and structuring their experience in a narrative form, a narrative that not only chronicles events along a time line, but also the nuance of experience, the fleeting sensation of something changing in their psyche. This requires making the language do extraordinary things to accommodate an uncommon interpretation of experience, and Americans, a people reared on the ideology of what can be done in the face of adversity, have no expansive desire to do something so impractical. Language is a thing meant to help us solve material problems, to achieve material goals, and poetry, a strange extension of linguistic twists and glottal clicks, clearings of the throat, a nasty cough, does nothing to put food on the table, put money in the bank, to further the quest to cure an endless variety of incurable diseases.

Poetry is immaterial to purpose, function, policy; the absence of larger audiences for poetry isn't about fear from a perception that it's a mode of expression that is the least useful among several the lot of us might select on a given day. There are those of us who would argue that poetry's lack of identifiable utility is exactly what attracts us to the form--I happen to think that , like Wilde, that all art is quite useless in practical application (save for the fact that I believe humans crave beauty in form and in expression) and adhere to Harold Bloom's running definition of what literature , in general, avails the reader : to paraphrase, literature (poetry) helps us think about ourselves. Americans , I think it's safe to say in the broadest sense, have no real desire to reside individually and psychically work their way to an "aha" experience with poetry as a conduit.

We do think about ourselves, but more in terms of accumulation rather than an inner equilibrium. The measure of a man is his wallet, not the subtlety of his thoughts, and this a form of fearlessness that borders on insanity.
at February 19, 2011