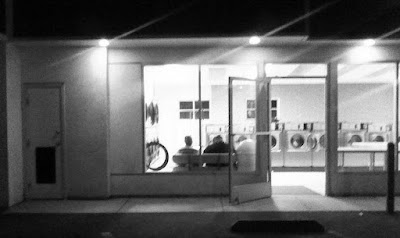 White European Americans are the only ethnic assortment someone can make fun of with impunity; it's now beyond whatever value it as irony or poetic justice and now exists as a bad habit for taking cheap shots.
A laugh and a good wicked snort can be had making fun of the habits of poets, but limiting the odd ways to white folks alone amounts to taking the easy way out no less than some of the poems that appear on Slate.

Everyone is in a hurry to get to an easy punchline, not in the interest of having an audience see their own foilbes but rather so the motor mouthing wise guying can jet through another batch of sarcasms so lame that one wouldn't even dare utter them at 1am on a Comedy Store Amatuer Night.

Is someone brave enough to investigate the wierdness that besets ethnic groups in particular once they become infected by the poetry flu? Not really, it seems, and white people remain the easy target one may mock with out the slightest fear of being called to the carpet for the stereotyping disrespect. It's a sorry, lame ass practice.
at February 19, 2011

Email ThisBlogThis!Share to TwitterShare to FacebookShare to Pinterest
Labels: Grumbling