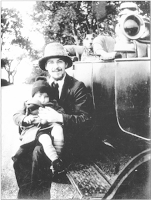 Poems about poetry, or PAP , are going concerns I pass up most of the time; in it's current and most pervasive form, PAP demonstrates the demon-hearted worst of what Ron Silliman calls the School of Quietude, a dominant poetic legion that are conservative in what and how a poem can mean. Not the least of the vain traits are a particular obsession to compose poems that cannot beyond the craft as a subject matter. What's worse is when the poets themselves place themselves at the center, writing about themselves being poets, struggling to find the right word. There is something about the latter that makes you think of one of Graham Greene's troubled Catholics who is so obsessed with making real events cohere with Church dogma that they miss the world entirely. So with the poets who write about themselves as poets--
high priests of a sort documenting the development of their metaphors writing about a world that, as they render it, is as interesting as an empty can. Basil Bunting assumes the persona of a business leader who has had it with the scribblings of the poetic class; in screed Evelyn Waugh would have envied, he might have joined Silliman in spirit against the professional bard who does nothing else but sharpen his or her pencil and fills up a waste basket.

Bunting, though, was writing as a poet who was just a tad sick of hearing those with no kinship to literature opining as to it's social worth. He does , though, manage in lampooning both points of view, in my skewed take.


What The Chairman Told Tom
by Basil Bunting
Poetry? It's a hobby.
I run model trains.
Mr Shaw there breeds pigeons.

It's not work. You don't sweat.
Nobody pays for it.
You could advertise soap.

Art, that's opera; or repertory -
The Desert Song.
Nancy was in the chorus.

But to ask for twelve pounds a week -
married, aren't you? -
you've got a nerve.

How could I look a bus conductor
in the face
if I paid you twelve pounds?

Who says it's poetry, anyhow?
My ten year old
can do it and rhyme.

I get three thousand and expenses,
a car, vouchers,
but I'm an accountant.

They do what I tell them,
my company.
What do you do?

Nasty little words, nasty long words,
it's unhealthy.
I want to wash when I meet a poet.

They're Reds, addicts,
all delinquents.
What you write is rot.

Mr Hines says so, and he's a schoolteacher,
he ought to know.
Go and find work.

This follows up on Oscar Wilde's assertion that "All art is quite useless". But where Wilde would decree that that was the glory and significance of art--that humans have a need for beauty and harmony in order to engage the sense that would other would be limited to the drudgery of foraging and merely getting by--Bunting plants us smack in the middle of a rant by corporate head for whom profit is the end all and be all. Bunting's little survey of the others in the room outlines their hobbies as well as their useful , real world skills, with the emphasis being toward those paper shuffling tasks that can bring a pay check. The one being addressed, the poet, Bunting himself we imagine, is seen as having no marketable abilities, nothing that can benefit an employer, nothing that can make a dollar in the marketplace. Poetry is confusing, nasty, incoherent, a self indulgence, and the poet who takes himself or herself seriously is an unfinished citizen, barely human to any niche-ready degree. Bunting's satire is full of the harrumphing windbaggism of the Babbits of the world who, again in Wilde's phrasing, "know the cost of everything and the value of nothing".
at May 29, 2009