Diane Wakoski kicks out the jams 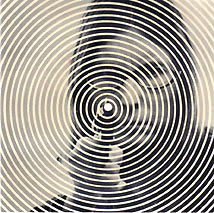 Nothing clears the sinuses faster than a choice blast of an angry woman's tirade, especially someone who can write sentences that way a butcher wields a knife. Witness this from poet Diane Wakoski , from her 1988 collection Emerald Ice: Selected Poems 1962-1987:


Dancing on the Grave of a Son of a Bitch .
for my motorcycle betrayer
.
God damn it,
at last I am going to dance on your grave,
old man;
you've stepped on my shadow once too often,
you've been unfaithful to me with other women,
women so cheap and insipid it psychs me out to think I might
ever
be put
in the same category with them;
you've left me alone so often that I might as well have been
a homesteader in Alaska
these past years;
and you've left me, thrown me out of your life
often enough
that I might as well be a newspaper,
differently discarded each day.
Now you're gone for good
and I don't know why
but your leaving actually made me as miserable
as an earthworm with no
earth,
but now I've crawled out of the ground where you stomped me
and I gradually stand taller and taller each
day.
I have learned to sing new songs,
and as I sing,
I'm going to dance on your grave
because you are
dead
dead
dead
under the earth with the rest of the shit,
I'm going to plant deadly nightshade
on your grassy mound
and make sure a hemlock tree starts growing there.
Henbane is too good for you,
but I'll let a bit grow there for good measure
because we want to dance,
we want to sing,
we want to throw this old man
to the wolves,
but they are too beautiful for him, singing in harmony
with each other.
So some white wolves and I
will sing on your grave, old man
and dance for the joy of your death.
"Is this an angry statement?"
"No, it is a statement of joy."
"Will the sun shine again?"
"Yes,
yes,
yes,"
because I'm going to dance dance dance
Duncan's measure, and Pindar's tune,
Lorca's cadence, and Creeley's hum,
Stevens' sirens and Williams' little Morris dance,
oh, the poets will call the tune,
and I will dance, dance, dance
on your grave, grave, grave,
because you're a sonofabitch, a sonofabitch,
and you tried to do me in,
but you can't can't can't.
You were a liar in a way that only I know:
You ride a broken motorcycle,
You speak a dead language
You are a bad plumber,
And you write with an inkless pen.
You were mean to me,
and I've survived,
God damn you,
at last I am going to dance on your grave,
old man,
I'm going to learn every traditional dance,
every measure,
and dance dance dance on your grave
one step
for every time
you done me wrong.


What's remarkable is that there is no submerged meaning here, no symbolic hints at the author's
ongoing despair and struggles with a festering hurt. Wakoski has no time for that, addressing her
anger directly, doing everything except naming name a name. This is a knuckle sandwich of a poem, and Wakoski is one of the few poets whose dedication to getting her emotional currents rightly expressed in her work I can bear to read at length. Over anything else, she is a choice poet, and better, a good writer. "Fun" might to egregious a word to apply to her, but there is that element that draws one to read her again. And again.


Motor Cycle Revenge Poems was one of the five essential collections an aspiring undergraduate poet had to have at my school in the late Seventies, and Wakoski's collection holds up well because it was outside the whimsy and cant of the Sixties counter culture from which it sprang and dealt directly with things that were unspoken for women writers, unbridled anger. There was no flower power, there was no easy sex or sandalwood and black light posters, this was a woman's rage tempered and honed by style that only sharpened the wit. That razor's edge could slice and dice her motorcycle betrayer as fat or as thinly as she wanted, and list the crimes, the sins, the absolute arrogance of being the clod-thickened, presumptuous male. Tellingly, this collection dove tailed with the emergence of feminist activism, when women involved in the movement announced that they were not going to make the meals and run off fliers for the next Black Panter legal fund raiser. Wakoski touched a nerve,lit a fire, she let the dynamite shack explode.
I always like a poems by a woman who ends a dedication to a former lover with the deepest hope that he fall off his motorcycle and break his neck.

I would assert that Wakoski found conventional poetic styles insufficient for the amount of resentment she needed to express and instead found a way that made unfiltered anger a true poetry. This is not an artless diatribe, a sustained screech or mere primal howling. It is writing, through and through, and what she does here is in an idealized vernacular, the voice of someone who has had no voice other than wimpering submission to a man's will and whim finding one over time and submits an articulate, white hot indictment of the man (or men) who did her ill. There is rhythm her, wit, and the anger is crystallized, etched in acid, phrased in cadences that are memorable and ring true. It is a monologue, and could be in a contemporary drama--Edward Albee wouldn't mind calling these lines his own had he written them.
at May 29, 2009