Should poems be beautiful? 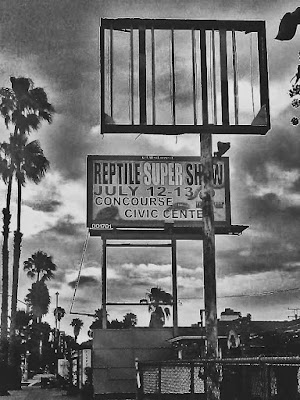 I like ugly, imperfect, ambiguous art, especially poems, but I also love form, elegance, an ordered pairing of opposing things that once, brought together, gives us a sublime thing indeed. What gets to me is a poetry that gets across what the poet attempts with a mastery of techniques that are true to themselves, not an ideology.Beauty is something that is limitlessly subjective, and as much as a protracted discussion about what constitutes a beautiful object can be, I'm inclined to think that poetry ought to be interesting on its terms, the best effort a poet and his or her craft can create with their talent and personal inclinations. The problem with insisting that a poem should be "beautiful" according to a standard imposes limits on what the poet can do with a work and, in effect, implicitly dictates that a work adhere to requirements that are ill-suited for an emotion, an idea, an event, an experience that would motivate a writer to compose some lines.

The beauty of the best poems I read comes less from their adherence to formalized structures and strategies as it does from those elements that seem to break away from the phrase-making one expects and combine with a writer's honed instincts for developing a rhetoric that allows a poem to stop you for a moment, ponder the phrase, parse the image, appreciate the shifts in tone and sound as layers are added, and appreciate the unexpected places where the stanzas stop, where they jump to, where they land. These are elements achievable in any number of ways. I care less for the aesthetic choice a poet selects from the outset than I do for the results he or she gets when they're finished with work and judge it ready for a reader's appreciation and response. The validity of any idea is in how it works. Henry James said that, in better prose.

"Interesting" might be a mild word, but I used it because I think it encompasses more things for discussion than whether one goes by whether a poem is "beautiful" or not; beauty, I think, is a banal consideration since it funnels one's concentration on the surface qualities of a work. You can discuss only so much about the heroic efforts of writers who desire to make their experiences--or the experiences they would like to have had--stand out because they've mustered up a High Rhetoric and a line of striking, fussed-over images. Beauty, more often than not in my readings, comes down to how well the world is made to harmonize in all its shades, hues, and tonalities, the conversion of notions into ideal types; what makes a poem interesting, the elements that bridge the gaps between experience, a philosophical position and the word choice which produce, in turn, that effect, the irony, the unexpected perception, gets glossed over. Interesting poems for me are those that get at the exactness of particular states of mind, shifts in personality, dissonant situations that are uncomfortably linked, and an understanding of what makes these written expressions fascinating makes for a fuller discussion, or debate, as it were. Beauty, for me, is a vague and useless term when applied on such a broad scale--as I mentioned before it's more compelling to discuss how successfully you think a poet is getting across those inexpressible things in terms of the unforgettable.


Too much of the time "beauty" represents a conservative, repressive and reductionist set of conditions that, at their essence, seek to contain whatever socially provocative or critical aspects a work of art, a poem, in this case, might contain and which could be delivered to a readership. Herbert Marcuse saw "beauty" as having become bankrupt a term in the late global capitalist formations after World War 2, and argued in his book "The Aesthetic Dimension" that the role of art is solely to produce joy, that state which comes from a liberated, enlightened condition, and that society's obligation to the artists was to leave them alone. I would agree with him, since what he wanted was a population that could uncover the wit and wisdom of a piece (in a manner of speaking) by considering the particulars artist's obligation is to be truthful to their gift, their talent, and to apply it fully so that the particular sorts of truth they're capable of sensing and sussing out from the dissonant happenstances that, presumably, are not readily gotten by those of us who go to work, have families, struggle with daily things rather than ponder the big questions.


This is Marcuse's point, in that he believes, quite beyond any political or philosophical predisposition regarding the default job and obligation of being an artist, that they are definitely the antennae of the race, that their senses are enhanced by their being poets, novelists, painters, architects and have the ability to make us aware of nuances and intrigues, truths usually not told nor considered. I would agree with Marcuse that the culture would benefit far greater from the work these folks undertook if the rest us changed the conversation about whether the poems, the paintings, the books , the buildings created by these folks adhere to a shackling set of imperatives and instead considered the work on its own terms--what is that the poem, for example, might be saying about a set of contradicting factors, and is the language adequate to the goal of helping you go further than the received reactions a duller aesthetic would have you settle for. It's a dialectic, to advance a singularly unoriginal idea about the process--I don't think the artist delivers a set of redecorated cliches about affirming life that experience proves to be patently false. Yes, the artist ought to challenge expectations, and the audience would need to argue how well the craftsperson succeeded in the attempt.