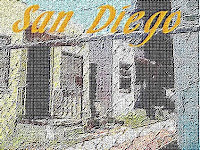 I was asked what a poet was talking about when I showed a friend a copy of John Ashbery's Self Portrait in a Convex Mirror, and I was, of course, stuck for a fast answer. "Everything in the room" I said," and nothing in particular". An unsatisfactory response, she said. "I know" I replied,concluding "that's why he's fun to read." She made a sound and arched her eyebrows, annoyed , maybe, by the implication that poetry should have an entertainment value

The question ought to be not if the Emperor is naked but rather if the observer is blind. My take is that if one thinks there is nothing to John Ashbery's poems, they are bringing nothing to their readings.There is,I'm convinced, such as a thing as Author's Intent , an element literary critics have been trying to beat to death for four decades or so, but even so the reader is obliged to fill in the blanks and to stop complaining the poems are , alternately, too direct or too complicated. Willingness is the key; something of oneself needs to be invested in reading the poems in order to find pursuable verse.

But nothing ventured, nothing gained.He was more the walker than Ashbery, I suppose, or at least he wrote more about the going to and coming from of his strolls. unlike Ashbery, O'Hara loved being an obvious tourist in his own environment, and didn't want for a minute for his poetry to leave the streets, cafes and galleries where he treaded. Ashbery is more the stroller who gets lost in his associations triggered by what he beheld. Ever more the aesthete than his fellow New York Poets, he was interested in things a little more metaphysical, that being that the reality that exists in the inter-relations being the act of perception and the thoughts that are linked to it, which branch off from the perception and link again with another set of ideas, themselves connected to material things observed and remembered.

O'Hara was immediate, like the city he loved, while Ashbery allowed his senses the authority to enlarge his perception, to explore the simultaneity of sight and introspection. In a strange way, Ashbery is the more sensual of the two, willing to examine that even the sacrifice of immediate coherence. I'm not a fan of difficulty for the sake of being difficult, but I do think it unreasonable to expect poets to be always unambiguous or easily grasped. Not every dense piece of writing is worthy by default, of course, and the burden falls on the individual talent. Ashbery's writing, for me, has sufficient allure, resonance and tangible bits of the recognizable world he sees to make the effort to maneuver through his diffuse stanzas worth the work.

Poetry, to distinguish itself from the precise mapping capacity of prose, ought to be written in a manner so ambiguity and multiplicity of possible readings thrive. .Otherwise, what would the point be? What matters for me as a tempered reader is not how well a writer coheres with a party line but rather how well they accomplish the goals of a craft that , by rights, should engage with a way of thinking of a confounding existence in a language that seeks to purify itself, continually,of easy attained tropes taken from a gallery of responses and generate instead some new ideas. Even the most conservative of poets in form and content do this very thing if they happen to be interesting writers at all; Poetry tradition is not a parsimonious use of language, but rather a deliberate expansion of what words pieced can do, what meanings they can evoke, and what sensations they can create.

Prose is the form that is, by default, is required to have the discourse it carries be clear and has precise as possible. Poetry and poets are interesting because they are not addressing their experiences or their ideas as linear matters subject to the usual linguistic cause and effect; poetry is interesting because it's a form that gives the inclined writer to interrogate their perceptions in unexpected ways. The poetic styles and approaches and aesthetics one may use vary widely in relative degrees of clarity, difficulty, and tone, but the unifying element is that poetry isn't prose, and serves a purpose other than the mere message delivering that is, at heart, the basic function of competent prose composition. I paraphrase the pragmatist’s credo: the validity of an idea is in how it works. It’s more interesting and fruitful, I think, to debate why individual poems work and why others just stay on the page, unlovable and flat, instead of holding the literary equivalent of Stalin Trials as to how well or badly a poet adheres to an approved party line. Quietude vs. Incomprehensible Quandaries? I reserve the right to swim from both shorelines.
at August 02, 2008