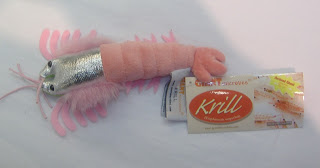 Eric Paul Shaffer's "Sitting in the Last Sunset, Listening to Guests Within" is exactly the kind of poem I continually tried to write when I was fifteen and sixteen, when I had a teen obsession with the free form kitch of Rod McKuen and his carefully cultivated image of being A Man Alone.

I loved it all, it made me want to have "poetic experiences", it made me want to catch it all in words as McKuen had done; foghorns, waterfronts, grey mist on dark downtown streets, some nameless other in the shadows catching my eye, she gives me a wink, a tilt of the head, and with little transitional problems, me, the hero, walking alone again down dark and empty downtown streets, nursing a apt melancholy, thinking thoughts of supreme heaviosity. Lucky for me that I
discovered the Beats and Eliot and Wallace Stevens and WC Williams among others whose works disabused from trying to compete with schlockmeister McKuen on his own turf. Poor Eric Paul Shaffer--can we ever trust a poet with three names (William Carlos Williams excepted)?-- gets in the ring for at least this poem, and leaves the arena seeming less a writer firm in what he knows and more like bad actor auditioning for every role beyond his grasp.

Eric Paul Shaffer, off by himself, having a reflective moment as the sunsets, too busy mentally redecorating the world around him with limp literary language to have actually seen anything at all. If this poem weren't so earnest and non-ironic in its detailing of a sensitive soul parsing his surroundings and friends it would be a snapshot perfect caricature of a young writer attempting to convince himself that he has a vaster experience than he actually has. The writing is very writerly, cast in the hopes of coming up with fine language:

" The stars are far, the moon far from full, yet even alone
under these old stars, I'm not alone".Self consciousness plagues this verse like an obvious head cold; it sounds stuffy, congested, it makes the voice sound callow as it makes a claim for a small truth that lies submerged in this fussy diorama.

All my friends are in the kitchen now. Dinner is done, the sun set,
and after our muted admiration from the yard, by ones and twos,
they rose beneath a sky gone dull and turned to the house for wine

or coffee and pie. Plates clatter, and cabinets bang, and the spigot
gurgles in the sink. I'm alone on the last step, watching universal
blue darken the mountains and the sea.
This is a lot of writing to set a mood with, with the sole purpose of introducing the narrator as someone apart from the collective; we are meant to glean some less than graceful suggestions of melancholy, of psychic isolation, and for all the descriptions of the constructed world of dinners and washing plates and the natural world of stars and tides, the situation is unnatural, contrived.

How utterly film-like and subtly dramatic, the hero, the one with the soul of a poet, easing off to dwell on deep words in a world that remains silent to his yearning. How completely superficial, fake as Nigerian money orders. All that remained was for a young woman, slim, red haired and holding a long stemmed wine glass, to come up behind him while he mused and offered a penny for his thoughts. Cliches are fine for poets to play with, but the point, I'd think, is to subvert them and make the language do other things, catch the reader by surprise. Not, as Shaffer does here, offer them as fresh, original.
at January 23, 2007