White Knuckle Sobriety is Good For You 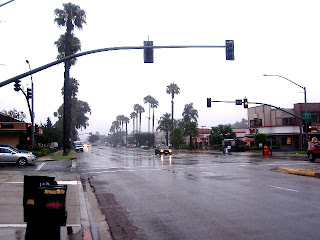 The last book to help me in a profound way was Alcoholics Anonymous, also known in AA as "The Big Book". Other books preaching pop psych and spiritual cures , ale Peck, Chopra and Dyer depend on the authors convincing their audience that there's something amazingly and incredibly wrong with them and that their respective series of books are the ways to rid oneself of the troubling psychic clutter and then engage the world clearly and fully.

The success of these cures isn't easy, however, ala Peck, Chopra , Dyer and their smooth-talking ilk always have yet another book for you too read, some essential follow up on the preparatory text you've just read, all of which is followed by yet increasing numbers of follow ups, work books, versions for teenagers, young moms, desperate dads, grand parents, gays, business men, and so forth.

Curiously, all these treatments are geared toward people who have nothing physically wrong with them, and who have been convinced by these glorified motivational hucksters that there is something dreadfully askew in their life, something dysfunctional in the soul that must be attended to by constant confession and self-examination. This is the curse of having too high an income, too limited a library, and too much spare time; being merely bored with life isn't good enough but now has to be dignified by being called a disease. It's a rather bizarre way to get feel better in your own skin, and an expensive one too.

I'm a bookseller in my secret life, and I've been selling these self help tomes to an endless stream of Pilate-addicted cellphone moms and dim wit weight lifters who want to ponder something spiritual that contains no greater message other than it's okay to wallow in self-regard and pointless material accumulation. There is a mania behind many of their eyes, always wide with incomprehension, that suggest that every circuit in their brain is overloaded and we'll soon have a cortical short out. Ouch.

The benefit of being an alcoholic, if there is one, is that you pretty much know precisely what your problem is; once you figure that out and stopped blaming your consumption of mass amounts of Vodka and whiskey on parents, the government, aliens, or the bus driver who looked at you funny, you had a very good chance of beating the odds. Alcoholics Anonymous, put briefly, gave me a way of doing things , and doing them consistently well, that kept me distracted , let us say,from taking that first drink and helped me climb from the wreckage of my all-thumbs approach to life so that I could have a life that was worth sticking around for.

Yes, yes, I know, it's written in dated variety of English prose that sounds quaint, and there is an insistence in the book that one must come to terms with a Higher Power (or "God") in order to stay sober, but these are things of small concern, "small beer", as it were. I wasn't depressed, in a bad mood,suffering extreme forms of ennui and other mutations of existential misery. I couldn't stop drinking of my own power, and AA and its Big Book offered me a way out. I gave it a half-hearted try, and eighteen years of continuous sobriety later, it's a very pleasing state of so far, so good.
at January 25, 2007