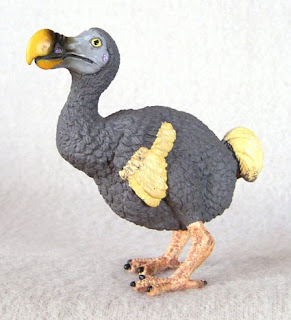 David Tucker's poem "No Flights Until Morning" is an attempt to stuff as much pathos into a cramped space as possible; the effect is not unlike the weary undergraduate who's procrastinated on their paper too long and now writes fast and feverishly hoping the fear of failure might spark some late blooming inspiration. The poem, mind you is, too small setting where there is no convenient dynamic to move, quicken the pace or make the more extreme poetic applications seem less glaring. This poem is a matter of trying to fit a size ten foot into a size seven shoe and reading it was nothing less than watching the pained waddle of a customer denying the shortcomings of their high-heeled foot torture. There are choice details, yes, if one is inclined to excuse snapshot description of unhappy people in crowded places as examples of the author's generous heart.

The runways were covered by late afternoon,
nothing moved out there but the occasional noble

snow plow carrying on with a yellow grimace,
the big jets were barely visible like whale herds

sleeping off the blast. The concourses, so frantic
a few hours ago, were almost still, a few meanderers chatted on their cell phones and looked at watches.

There is nothing in these "humanizing" images that novelists John Cheever or John Updike haven't given us with more grace, sympathy, and with a sense that the observed imperfections were leading to some greater effect. Rhythm and musicality are especially strong in these prose writers as they achieve a graceful ribbon of circumstance and happenstance which brings character tic, facial expressions, commercial products into a focus as being telling elements of a whole world and gestalt from which a sadness or great comedy is about to unfold. In Cheever's masterful "Wapshot Chronicle" and "Wapshot Scandal" and Updike's wonderful quartet of "Rabbit" novels the wealth of details forms a world, a fictional space where tangible emotion and poetic effects are achieved through equal amounts of economy and a tuned ear.

Tucker has the eye but not the ear, and like his glacially paced reading --did anyone else finds themselves leaning into their speakers only to find themselves about to tip over anticipating his next laggardly utterance?-- and his poem turns into a drone. He had a scene that was worth a poem, but rather than find where the poem was among all those strange, private interactions he may or may not have seen from the corner of his eye, rather than select particular evocative scenes and link them somehow with some small, hidden yet quietly profound fact within themselves, he tries to contain the entire airport and creates dead weight. We get the typical effect of someone who has written themselves into a corner and is forced to overreach to distinguish himself from the other scenes of nameless being:

II stayed quiet and thought of you;
checked my passport, read my ticket again, then again
like a spy with only a name to get me out,
a thousand miles from my life.

It's not a loathsome poem, but after some years reading, parsing and otherwise determining various layers of values of worth from the problematic presences of Robert Lowell, Johny Berryman, Sylvia Plath and the eternally cryptic James Merrill, I can't see Tucker's poem as anything else but a B-minus worth attempt to write in some long shadows. The problem might be his desire to create an epic language to treat the smaller discontinuities his poetic muse attempt to assess; he at times appears to be in competition with Eliot, who could name a banal object and treat with an offhand touch that is serious but not dire. Eliot could modulate his various moods to proper pitches; the depressed persona gives way to the comic, the muddied musing gives vent to an exhilarated clarity. Tucker seems a little arch too often from the get-go, the result being that his poems come to rely on what seems to be stock movie-style imagery. This from another poem," Notes from a Day in October".
at August 01, 2018