Mistress of mystery travels through time 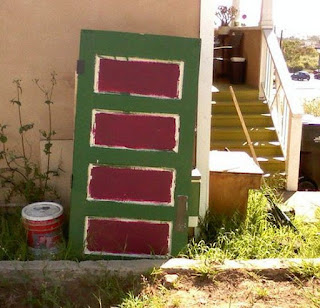 Emily Dickinson was cryptic for reasons known only to herself, I’m afraid, but I'm of the mind that she intended her compact lyrics to ways. Irony, contradiction, revelation; her poems move along general the general theme that one’s thinking, Dickinson’s, evolves with time, gently or brutally, and that the time to be a witness is finite.

Nuances and whispered implications abound in her work and, beyond a loosely gathered of conventional wisdom about ED’s general themes and concerns; there is plenty in her work to warrant continued, fascinating and inconclusive opinions about where the center of the poem, motivating core and precise details lie. But what is also fascinating and important to speculate is what’s not included in the poem; what is outside the text is a worthy subject of investigation/speculation. I've heard it remarked more than once over a few decades that Dickinson appears to be talking to the air around here, oblivious to whether there are others around her who might hear her address intangible thing about equations that can't with locked-down


It is an element that makes ED contemporary to this day, as a body of work that still resonates with a modern readership discovering a wit, an insight, a corresponding feeling in her splendidly fragmented manner. My information is nothing else but my reading gauged against my experience, both as and poet. What I’ve said I have found in the text, really. Literary commentary is not science, and it is pointless to insist on anything like “back to the data”. Historical context for poems is fine for perspective, but language is a living thing, not stagnate, as you know, and ED’s word choices. I am convinced that there are meanings in great poems that those most great poets were entirely unaware; poetry is an intuitive process however much a crafted discipline comes into play.

There is the superficial element, the glitter, the dazzle, the alluring set of phrases that seem to say one thing, and then there are things that combined suggest and point toward matters perhaps the author might not have known of, let alone the reader. That is the joy of criticism, a rage of interpretative opinions based on the text. I fairly much reject definitive, “authoritative” interpretations of works of art. I do, though, welcome contrary views and insights.

That's a major reason I finally surrendered to the singular genius of this poet as a poet of ideas; where the descriptions of manufactured melancholy and text book irony wore out with the idioms they rode in in, Dickinson like Shakespeare to a large  degree, remains contemporary with a language that is unique, in a form that eschews what formal instruction demands and which services a poetry that remains relevant to the modern age, decade a reader is sitting in, reading a poem off the page or device; the mystery of existence is intact and vital. Dickinson still provides the reason to say aha, she still creates the chill of recognition.


Society for me my misery
Since Gift of Thee—

Dickinson, as I understand her, was not a fan of humanity, and preferred her thoughts and her privately considered things to the clamor and debate of the many that would battle over the right to name the world and its contents as they think it should be. She kept her own consul and had no patience for what others thought or thought of her.

Being public was a burden beyond what her personality desired; in this couplet, which I suspect is a couplet, she considers the state of being noted, notable, famous for any reason a misery that she ought not to suffer. Being known beyond Amherst was an undeserved gift to the world, as a reputation that accompanies fame presents the world with a readymade narrative of someone’s life and presented her with the problem of having to live up to a plot line that she felt had nothing to do with her. Being comprehended or understood by the masses was a useless option for her.

While Dickinson wanted to everyone to mind their own set of affairs while she tended her own piece of the earth, Pound, again, wanted to have language be capable of getting an image exactly, as would a photograph; the thinking is that he wanted to get beyond the metaphysical conceits that an older poetics contained.

On the face of it this seems admirable, but what he wanted to do was to have the world see the world as he saw it, precisely, without romantic resonance and the nuanced variations that come with the habit (and the political tumult as well). He wanted to settle matters quickly and have folks move into a new, dynamic direction. Essentially, I believe his basic goal with his project of boiling down the language was an effort to turn whole populations into cattle.
at April 26, 2016