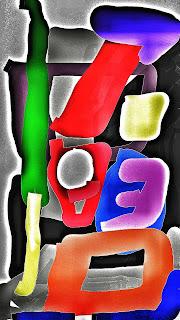 No protest against the greatness of Mark Twain, Nathaniel Hawthorne or Edgar Allen Poe, but their time is past, and the writers that influenced the pulse, wit, and thrill in my wrting are of the 20th century. But then again, they are of the past to, of the  last century, my period of getting influenced and then wallowing in my own mythology of genius It is now the 21st century , younger authors assume the responsibility of keeping the written word more than a means of formalizing an excuse from work or instructions for the hired help. We will go on rummaging  through our memories, bringing up our favoirte writers , discussing them at length or in brief, trying to relive the excitement of when a paragraph knocked you  out , flat on your bck with the revelation the word combination contained, and , when you came to , so to speak, you returned to the page to see who that writer was and , to be sure, find other books by the him or her who made  you aware that language was the means to both imagine a more interesting world but also to change the conditions the actual sphere of things contains. Yes, the world can be made a better place. Vonnegut easily matches Twain , I think, Updike, at his best, surpasses Hawthorne on the same range of issues, and for Poe, virtually everyone has been influenced by him, but the best of his students have found more graceful, lyrical ways to deliver their work.  Simply, one may yearn for the richness of a glorious past as a kind of Heaven to be aspired to, which is fine, if that is the way one learns to cope with the uncompromising pace of the current time, but our writers, truth told, tell a fine tale or two.

Literature is also about where we're going, not just where we've been.  DeLillo,Toni  Morrison, William Gaddis, William Gass, Updike, David Foster Wallace, Mark Helprin, Joyce Carol Oates, Sontag, and dozens of others whose work, in varied respects, struggles to be about something larger than memoirs put forth under the name of fiction. Not that I like all the above: rather, just to say that not every novelist these days is hung by their own confessional rope. 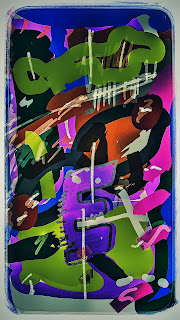 Hindsight is everything, and I wish I could see , who of our scribes will be discussed at the end of the next century. The second half of this century produced a lot of major talent who have produced or are producing respective bodies of work that require the passionate reading and argument our already named personal bests have received. Harold Bloom notwithstanding, our canon is expanding with new and achingly good writers, and one would think that the male majority so far discussed will have relinquish room on their uppermost tier.  On the point, Fitzgerald will make the cut because so few writers, then or to the current time, have managed the breathless lyricism contained in the "The Great Gatsby" or "Tender Is The Night". Some have come close, and I'm thinking of the resonating sentences from Scott Spencer's "Endless Love" or some keenly rendered pages in Updikes "Rabbit" quartet, but Fitzgerald at best gave us small masterpieces that gave an sharp view of the time.

Hemingway merits a permanent place on any greatest list because his style, at best, was lean, and his sentences , constructed the way they are, convey pages of buried turmoil, lost hope, small idealism, bravery to pursue another day , to shoulder one's burden honorably. "In Our Time" and "The Sun Also Rises" accomplish this. At his worse, though, Hemingway was a boozing sentimentalist whose writing lapsed into repetitious self-parody, as we have in "Island In The Stream" or "A Movable Feast". But I am grateful for the good work he did.  Jack London, I'm afraid, pales for me personally. He was a lot of fun for me when I was growing up, yearning for adventure in Catholic School. But later, in college, closer and more seasoned readings had him sounding rushed, awkward. The admixture of Marx and Darwin that seasoned his writings seem showed a straining idealism that was not redeemed by a modifying style.I've just re-read "John Barleycorn" , and the book is ridiculous. It seemed like so much bluster and blarney toward the end , after vividly recalls his disastrous drinking career, that armed with this new self awareness, he would drink responsibly, that he was in fact only temporarily an alcoholic