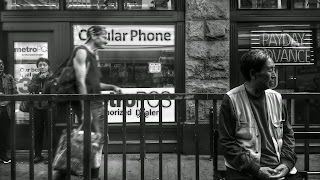 Who was more modern, Walt Whitman or Ezra Pound?For myself, it's Whitman over Pound. Walt W. could have used a better sense of when to end a line, or developed more efficient method of getting to the true genius his lines could contain, but he was always the more interesting poet. Pound was in love with life, of being American , and thought it vest to invest his need to write with a vernacular that could crackle,hum , storm and sing in it's own voice. Well, Whitman's idealized American Voice, which, as often as not, was amazingly brilliant. Pound was too in love with a past he idealized to the point of creating the cult of impenetrability when he tried to revive it in his own creations.

Poet and critic Bob Perelman writes about Pound, Stein, Joyce et al  in his book "The Trouble with Genius",and the contradiction of poets who, sharing a mission to change the way readers (and civilization in general) saw reality , with the emphasis being on trying a near clarity in how we discuss, describe and seek to change the world we live in, were themselves too brilliant for that purpose. The writing was thick, opaque, difficult by design as the early modernist poets tried, in general, to change the way populations regarded the world and the true relations between the emotional and the political. In all, it is a poetry worth reading and regarding, but Pound seemed tone-deaf in what he wrote as poetry; I always regarded him as one of those who had ideas and theories that were more usefully provocative than the poetry itself, which seemed to exist solely to demonstrate ideas he had formalized prior to the composition of lyric and epic verse. Pound seems truly less Modern than Whitman for that reason. 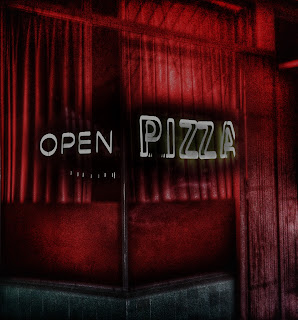 Pound had a fascinating career tempering his taste for fascist politics and racism with a cherry picked set of  theoretical pleasures cherry picked from the writings of  ancient Asian poetry and Greek classics in the attempt to make them relevant to contemporary situations that has evolved , most foul, from what he deemed was humanity's fall from greatness. He was nostalgic for eras he didn't live in. Pound had no interest outside the world in front the of him, the people in it, and his experience and perceptions of them both. He embraced what was right and wrong and worshiped the passion and lust for life it took to make it through the rigor of the moment and settle down , at the end of the work day, or the end of a working life, tired, satisfied,  with the time one has been allotted filled with gusto, verve, a need to test resources and extend the limits of what can do and who one can love.

Finally, I would ask who is more readable and provides more pleasure?Pound was sane, of course, but he was more a literary critic than poet. As for poetry , I would cite Eliot as the superior influence as to how poets of succeeding generations formed their sense of what actual verse should sound like and achieve. Eliot was a better artist, Pound the better cheer leader for the movement.
at May 06, 2015