The past refuses to forget who I was

(My mood hasn't been the best lately, downright awful in fact, bordering on outright depression. Oh, alright, I've been depressed over my current state of mind, no pun intended, that state, ironically, being that my performance has suffered at work due to errors, the same damn errors, occurring over a period of time. It's the old Steve Martin routine in the flesh, the one where he screams "I FORGOT" as an acceptable explanation to the IRS as to why he hadn't filed income tax returns for several years. At work , at least, I am forgetting thing constantly, making mistakes, creating more work for those I work with as they mend the ruin I brought those cash register  cash register disasters.   I had to be given a written warning earlier this week. Not fun, let me say. So I might be having memory problems, it may have an organic origin, I am making doctor's appointments after the holiday to have myself assessed by professionals what my state of mind is, present and future, and then weigh options, medically and professionally. It sucks. But I did get a poem out of it. It's about the contrast to what I was like and what I am like now and the creeping sense that talking about one's past becomes a greater fiction each time one opens his or her mouth. --tb) 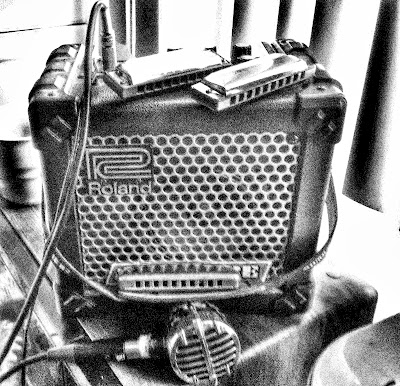 refuses to
forget who I was
when I  lingered
and lounged
in bars, sleeves rolled up,
awaiting a free drink
and
a ride home ,
anyone's home but my own.

I don't own a car
and driving's for queers
said I, thirst unslaked
and pants
angular with lust
and sins
of the father
and his father's great aunt.

Ain't it shame
this hooterville
is all feathers and felonies,
i could show
these
Jeezers a time
to make time
irrelevant
to where you thought
the night was going.

I am in dress shirts now,
ties, pants pressed
and full of old knees
that make velcro noises
when I reach
for something I dropped
to the floor.

You look at me askance
as I speak
and sip your coffee,
you want to ask me a question,
i quit my speech
and take a breath,

"Ted" you ask me,
"why do you
always speak
with your hands?