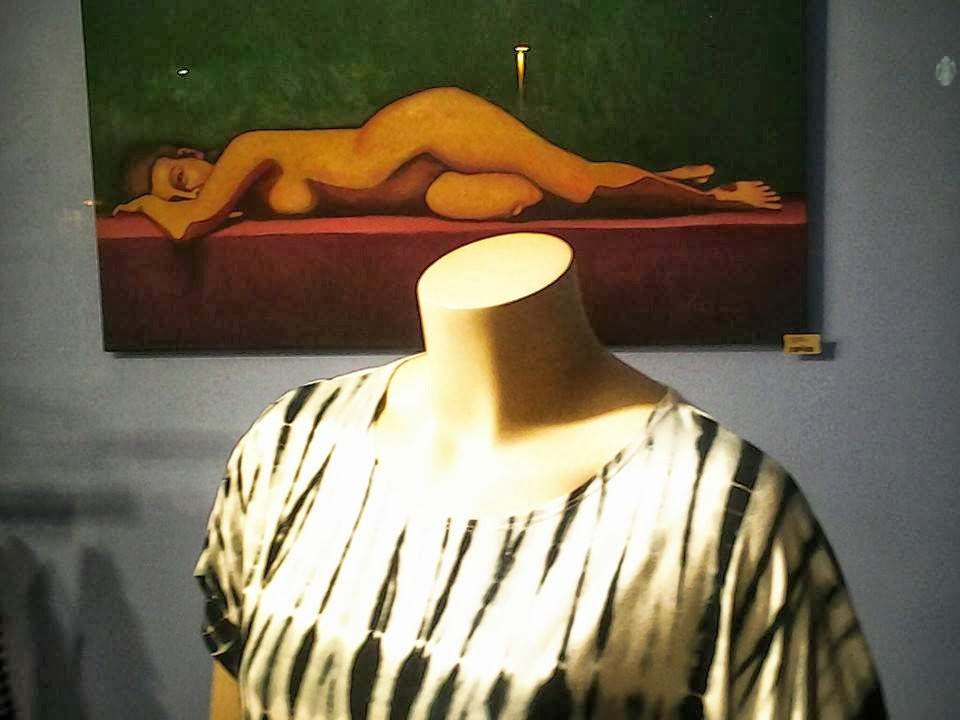 The ripped-seam relativism of Post modernism is evident in the work of so-called New Journalists, whose cultural reporting used fictional techniques to tell fact-based stories, writers such as Tom Wolfe, Jimmy Breslin, Joan Didion, Norman Mailer, Truman Capote, and Peter Matthiessen. The school, if there ever was one, has faded as something one claims as current, but the flashy prose style and application of novel-like strategies remains influential. The method has left a trace that seeps upward through the soil and is absorbed, as an influence, by a generation of journalists nee bloggers, historians and social loud mouths who may well be unaware that loud mouthed application of fictional narrative structure to actual events isn’t something that was always with us.

The New Journalist were  post modern in their coverage of events-- whether the writers themselves were modernists in sensibility is irrelevant to work they did. The style defined, in the usual quarters, as the eclectic jumbling of categories and styles, the blurring of distinctions of generic distinctions, and transgressive of boundaries that were formerly considered sacrosanct, immutable, unyielding.  Some years ago that sounded revolutionary and seemed a lethal theoretical blow to the constructs of the vaguely described ruling class controlling the conversation and the terms.  There are masterpieces in the genre, yes, but a good amount of it reads agitated and shrill, written by writers drunk on adjectives and cheesy effects who tried mightily to goose a number of ordinary stories.

The work evident in Armies of the Night, The White Album, In Cold Blood, The Electric Kool Aid Acid Test, Fear and Loathing in Los Vegas, and other sublime and less-sublime examples of the approach fulfill what's come to be the givens, and even clichés of post-modern writing. It's not unreasonable to think that writers normally considered Modernists would take what's thought to be a post modern strategy in order to achieve perspective that normally form would make more difficult. Carrying about the matters involved in a story hardly disqualifies a work, or a writer, from being a post modernists. The cool, ironic stance that is supposed to problematize the conditions of narrative formation seems more as a pose critics who have a curious aversion for writing that is meant to illicit a galvanizing reader response: it sounds more like a good rap than good reasoning. The conflation of the irrational of fictional dynamics and the reasonable presentation of vetted facts is exactly the kind of writing literature ought to be engaged in, whatever slippery pronoun you desire to append it with. Being neither philosophy, nor science of any stripe, fiction is perfectly suited for writers to mix and match their tones, their attitudes, their angles of attack on a narrative schema in order to pursue as broad, or as narrow, as maximal or minimal a story they think needs to be accomplished.  New Journalism seemed, for many, not just history in a hurry but Philosophy on the fly. The attack on modernisms' arrogance that it was the light to the "real" beneath the fabrications that compose our cosmology, is grossly over stated, it seems, vastly over regarded: Pound, Eliot, Joyce, and Stein, arguably literary modernism's Gang-Of-Four, did not, I think, tell us in any specified terms exactly what that true reality was, or what it was supposed to be, but only that the by dicing up, challenging, making it strange and making it new could we challenge ourselves, as artists, and as readers that new perceptions, and new ideas about the nature of the world could be had.

Individually , each writer had a different idea of heaven that they wanted the world to become--Pound was ultimately a befuddled, albeit fascist sympathizer, and Eliot became a conservative Royalist (and their anti-Semitism is problematic for anyone looking for real-time heroes)-- but so far as the principle thrust of their work, which was away from the straight jacket of accumulated literary history and toward something new and different that renewed the possibility of art to engage the times in an aesthetically relevant manner, is scarcely diminished in power merely because it came before.

In any event, New Journalists never as a group never referred to themselves as "post modernists", and the style, now faded some what, has been absorbed by the culture as an accepted style for very mainstream consumption. The news story-literary-narrative scarcely raises an eyebrow today. But the judgment of history has these writers, nominal modernists perhaps, performing the limpest of avant gard  gestures, interrogating the margins of genre definitions, and making impossible to regard news reporting quite the same again.
at March 05, 2014