A dry well gets all the attention

Books by Fran Lebowitz, Steve Allen, and Shirley Jackson—one of which I didn’t throw away! - Slate Magazine: 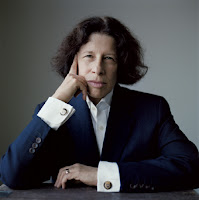 Dan Kois has a blog entry in Slate where he sings the light praises of mass market books for their disposability; if a writer you've selected for your beach reading isn't keeping you enthralled, simply toss the offending book and go on to the next. He cites Fran Lebowitz, fabled New York humorist , and her collection of old magazine columns "Metropolitan Life" as example number one in paperbacks that wore out their welcome. I've watched Fran Lebowitz on a variety of talk  shows for near twenty years and thought she was witty and quotable and all that--she was refreshing in that she was genuinely funny and had no new book, movie or movie to plug--but I thought  she was above her pay grade as a writer. She was a joke teller who seemed to have been bullied by well meaning fans and reviewers into thinking that she was in the higher reaches of the American Pantheon of Funny Scribes. "Metropolitan Life", as described here, was a let down, of course, not enough laughs to justify all the words that came between the punchlines.

I empathize with the columnists plight of having to write a certain number of words against a deadline pressure with the requirement of being literate, funny, easily editable by  pressed upon copy readers, but my sympathies are reserved for those who have by lines appearing two   or three times a week, plus feature stories, when required. Journalism and not literature you say, and fine, but this does fit my definition of a working writer.

All those phone calls, all those notes, all those Google searches,  all  that research has to be constantly culled , updated, revised , vetted and finally written up in a timely manner, and be readable as well. Lebowitz had a monthly column, however, and though it's understandable that she may be one of these folks who can verbally sling choice bon mots, insults, quips and curses without the onset of migraines but found it difficult to face keyboard and produce, at will, a stream of words as a writer's job requires, she had very long lead times to develop a topic and create an interesting context for her punchlines; her prose need not have been merely a chatty delivery system for jokes of  inconsistent quality.

Her reputation endures , which is fine, although I wonder if we are now able to refer to authors who no longer publish as being former-writers. "Write" is a verb, which connotes action , and for clarity's sake we would not be harmed by letting readers now what some celebrity authors used to for a living. A former boxer has no shame being referred to as an "ex-fighter". Why shouldn't writers be just as adult about the matter?
at August 08, 2013