Getting old with Lolita 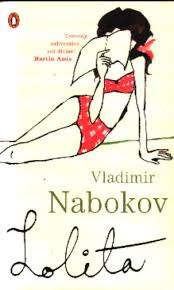 It's odd to imagine that Vladimir Nabokov's novel of sexual obsession Lolita is over fifty years old this, and it's a little more unnerving to realize that I am the approximate age of that tale's cringe-causing protagonist, Hubert Humbert, that sad, grey character who wooed the twelve year old title figure with such a beautiful and odiously applied poetry. David Gates waxed elegant in an old Newsweek essay on the Lolita effect in American Life five decades after it’s publication, and sure enough on finds in his views that the gamy combination of arousal and repugnance remain the novel’s notable effect; Nabokov, never one to have faith in human motive rising above the blinkered self-seeking, enjoyed having his characters go through their obsessed paces, almost as if they were subjects in a behavioral modification experiment, and I’ve little doubt that he wanted the audience to squirm a little as well, much as Hitchcock would have done with his films. The readership and the film audience are made to feel like voyeurs, and the artfulness of both the novelist and the film maker is creating narratives one can’t turn from easily, unnerving though they may be. Re-reading it, I feel Humbert's physical aches and pains and even some measure of his longings for the touch of a women's skin against mine--I remain a romantic sensualist when all my protesting about the course of the world are said and done with--and yet there is a horror, trepidation in a minor key as Humbert's fanciful seduction of the girl proceeds. I remember reading this in my early twenties thinking it erotic and wonderfully alive with what it made my young soul yearn for, but thirty seven years hence the same novel is a little unnerving. I have lived long enough to have experienced a bit of the adult obsession that our author put to page in 1955, and it's not nostalgia or another manner of euphoric recall. Lolita is Nabokov's peculiar masterpiece that indicts us along with Humbert in the foul pursuit of young Lolita's virtue.

The novel endures because Humbert's interior-designed arousal has not been mitigated by the art of the writing nor a change over time about what is allowable between the sexes. The novel is a joy to read for the rare genius of Nabokov's writing, and the grime-crusted salaciousness of Humbert's game is still revolting. This is the novel's great achievement, a comedy that indicts the reader as being likewise culpable in the seduction of a seeming innocent. I think it's more a matter that Lolita has aged well because the subject of a middle aged man's infatuation with a very young girl continues to give us the creeps fifty years since publication, and that Nabokov's writing remains musical, full of light, and wonderfully seductive in it's conveying of sensation.Nabokov was not an optimist in thinking that his characters would rise above their instincts and desires and do something selfless and noble, and with Lolita he hands us a masterpiece that is ageless because it retains the capacity to corrupt the reader and leave them feeling less certain in their moral stance for the pleasure they've just taken from the author's artful description of gamy undertakings.
The tension is purposeful, I think, to the end that Nabokov's comic pessimism was directed not to instruct a moral lesson, but rather to show that our personalities are problematic things in that we acknowledge what is wrong and what is bad for us and yet pursue our worst inclinations with sweetly rationalized zeal. We are entranced with Humbert's poetics as he waxes about the authority of his senses , and it is there we find ourselves seduced, willingly surrendered to beauty created to describe what is morally unsettling. This is Nabokov saying "Gotcha"!
Where Nabokov got his inspiration for his "gotcha", but all the twists and turns in his relationship (or lack of relationship) with his wife Vera is academic in the most anemic sense, since what we continue to have finely diced ambivalence toward is what he finally imagined in the novel Lolita, as alluring fiction. It remains the job of the indexer and the hagiographer to draw the precise and mathematical formulations as to the relations between the author's failings as a human being and the deceitful decorum of his elegant and untrustworthy narratives; for the reader seeking a distraction and an amusement the important matter is the complexity of our response to Lolita's seamless pulling from two directions.
This isn't the only fiction where he's artfully drawn situations and casts whose multiple duplicities all create mischief of varying degrees of transgression in the erstwhile pursuit of a mutating Ideal. Pnin, Pale Fire,Ada, Look at the Harlequins are all wonderful deliberations on bad faith. I am willing to accept that Nabokov was a personal bastard himself to be able to write so richly and so well of so many spoiled, privileged and vainly deluded creatures; his moral lesson , if there was one he presented, was that one ought not assume that there are firms moral lessons or insights to deep seated truths from the exposure to beauty and elegance; beauty is only a condition of our need for pleasure, and in itself does not make the gamier stuff in this life--the lying, the cheating, the ill will and violence we do toward one another-- sympathetic or defensible merely because it happens to be filtered through an attractive lens. Humbert is a man of self-made pathologies and lacks anything of the Tragic Hero, a great man who, despite great deeds and good works, offends the Universe with exclusionist pride.
He is perhaps a Pathetic Figure, someone objectively without redeeming virtues or qualities who willfully and blissfully contrives a habit of thinking to make their pursuit of gratification seamless and undisturbed by an intervening conscious. Tragic Heroes who started out as individuals who have the potential to make the world a better and more just place, but who have a fatal flaw that will ensure their demise. Humbert is all Fatal Flaw, a ruinous example of errant humanity. The novel is an unrelenting study in sheer pathology, made more disturbing by Nabokov's willingness to grace certain thinking with.