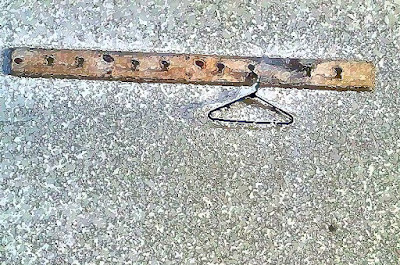 “Aardvarks” a poem by Philip Schultz


It’s summer and the Jitney is packed,every seat taken, except for the oneacross the aisle, in which a manhas barricaded his window seat witha briefcase and jacket, an act meantto confront others with his superiority.Munching chips and guffawing ata YouTube video of an obese womanriding a scooter down a country road,towing a younger obese womanin a wheelchair, he reminds meof a neighbor’s dog that would stealand bury our dog’s bones, then growldefiantly on his side of our fence.Pythagoras believed our souls ended upinside the bodies of animals selectedas rewards and punishments.The three giggling girls behind me,stretching their legs into the aisleevery time the shy attendant passes,forcing him to stutter apologiesin a Slavic accent—poodles, probably.Pythagoras also believed the shapesof numbers symbolize our significance.Well, sequestered here between workand family, thought and dreaming,I’m probably some kind of numinous digitslowly evolving into, say, an aardvarkhurling down the highway inside a buscamouflaged as a vodka bottle, on its wayto a barricaded future on the far sideof a fence where all our significance is buried.

These lines seem to exist only to deliver the image, an interesting image, that of being an aardvark in the guise of a name brand vodka secreted in a suitcase or carry on bag while on a bus barrels down the highway into the vanishing perspective of lost America. It is, I suppose, a tasty line, full of added detail and nicely fitted in the typical   murmuring cadences that typify Philip Schultz's inconsistent output, but what the poem tries to be, observational, quick witted, free associative in the effort to connect classical learning with otherwise banal detail, lacks the feeling of effortlessness.

A poet like Billy Collins, whom I have a grudging respect for--although his work remains within boundaries that keep out the dark and allow the clarity of vision to fairly burst wide as would sunlight into a dark room from an opened door--has the discipline to chip away at the  construction and the comatose syntax and offer a poem that is clean and as close to the perception as possible: his twists and his turns sound to have been genuinely arrived at, in the moment.

Thomas Lux, who I believe is likely the best lyric poet writing in America, has a similar compactness of expression, not chintzy and crabby, but musical, deft, melodies of lilt and carriage that  evolve strangely into darker moods, deadlier perceptions. His material is often the grim and ironic string of unintended results his subject's best ideas, plans, emotional outlooks bring them.  The point, to be sure, is that these two poets have works that actually do something--they have an effect that turns the beautiful and the tragic and even the banal goings on in daily life a matter of surprise, perception, the realization that personal narrative is a consoling myth that , while comforting and enabling of the creative artist to produce compelling  literature that resonates subtly with a readership, what happens in Life-As-Is will not obey a wholly owned plot outline.

Schultz's poem commits no great sin and is not offensive in any sense; it just seems as if it's composed of a string of false starts that don't add up to anything powerful . It's not even interesting, in total, as minor and fleeting riff with language's ongoing struggle to capture the moment, free of cant and well worn stylistics. It reminds me of someone who talks at length, impromptu, producing a stream of words until an idea, a point actually emerges. I would be interested to read what Philip Schultz might do with that last few lines, that image, and apply it to a less gabby framework.