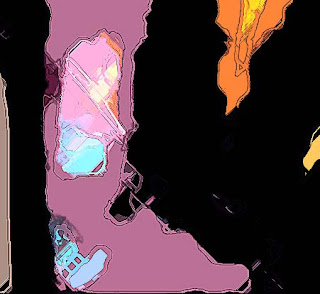 Laura Miller, Salon's sharp book critic, had a column in the Open.Salon blog  back in 2008 about the current crop of sad young literary writers. Progressing to the point where our inner lives are the principle subject matter for the middlebrow " serious novel", she wonders aloud how is that we've come up with so many novelists and short story writers who write novels about people unable to transcend their grieving. There is no "getting over" the depression that follows the death of a loved one, or the break up with a wife or girl friend. A generation prior would find no end of fiction writers who could lighten their meloncholy and despair with choice bits of humor, wit, absurd comedy, notable in work like that of John Cheever or John Updike; no matter how grim the action or limitless the poetry once could extract from the misery might be, their instincts were to undercut the mourner and push him or her toward the larger task of reentering the world where they live; sorrow is a neighborhood one ought not reside in too long.

With time, you become a bore entrenched on your own box of miserable experience. Much of the cause for the rise of these dour, all-is-ashen scribes has been the emphasis in recent decades on the journey within rather the adventure without; characters confront a rough patch in their life and spend the course of many chapters studying their feelings and second guessing their reactions to further circumstances beyond control, resulting in some eventual metaphor about powerlessness.

Occasionally  in a while this can be a moving saga, but there is less than there used to be about what people do in the world and how their actions effect communities and neighborhoods they might pass though. It would seem that someone had uttered once that having your characters merely think about world suffices for momentum, but that is hardly enough. There is a tedium in the results, a monotony self awareness that is depressing for all the depressed people these plots deal with. Blame therapy, twelve step movements, the 60s? It hardly matters now.

Once we read stories of women and (mostly) men who wanted to engage their universe and change it somewhat, a situation where introspection, if any, was predicated on actual turns of events; tension was created, resolution came finally,and we had dramatic action. Even the great soliloquist Shakespeare knew that Hamlet's navel gazing had to be juxtaposed against more turbulent events around him. It's a shame that our better prose stylists have largely forgotten that lesson.
at September 16, 2011