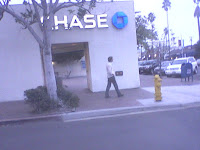 None among us relishes the idea of spending inordinate amounts of time with someone who seems to have no vocation other than to wait for their own personal End of Days, but there is shared in our endless ranks the issue of family, loyalty, a grudging paying back of the attention that was given to us unconditionally, if grudgingly, by our parents. In adulthood , our tasks multiply , among them the giving of care and attention to aging patriarchs and matriarchs, together separately. We grit our teeth, we mix our thoughts with high, chiming music, we go to lunch, we make the bed, we distract ourselves with airport novels and movies about imperiled women that rotate like plates on one of the plethora of cable channels; coping with the deadened time, the terse conversation becomes itself an art, an artifice radiating in the mind alone, unseen, a psychic mask that allows us at least a composed visage , if not assuaged nerves.

A basket of scones swaddled in blue-checked cloth,

we had paid for quaint. The sea, three streets away,

like a giant quilt an invalid had shoved down:

low tide. We turned from the heave-ho dunes

back to the boutiques, their improbable lingerie,

Affected, yes, but this prop-glutted language is likewise effective, the speaking voice creating the sense of stress that is obscured by perfect manners and well rounded phrases. The particulars are separated , ordered, relegated to a well honed description that makes the roiling issues under the activity's perfect skin appear only temporarily lulled into a fitful sleep. Not put to rest , not in the least.


Rosanna Warren , it appears , prefers a fussy, antiquated prose as she narrates her afternoon with a mother who seems too tightly wrapped in a generation of frustrated designs: the peculiar emphasis of the fussily described detail, the pristine diction of the adjectives and crafted application of verbs in the service of capturing a recent event seems to me an affectation--the style seems like an elliptical gathering of phrases from a Henry James novel , The American or Wings of Dove when a character's movements are no longer "closely observed" by the untrustworthy narrator but become obsessively detailed, a clue to an author's stalling action until a plot turn presents itself.-- but it is the artifice, perhaps, Warren wants to draw us to. It's a voice coming through the either as if from a hundred years earlier, underscoring the distance the daughter has created as a means of disowning whatever emotional damage might be radiating between her and her mother; this is an attempt to treat the circumstances like they were scenes from a novel, quaint, picaresque to a degree, a situation that one can get to with tenacity, like the last page of a book. And yet, and yet...for all the defenses and denials festooned in a mellifluous 'though dubious music, there are cracks in the defenses.

They are dying, side by side, at different rates, at different speeds, and this is the subtext of their day of tea, meals and mornings of small talk and walks among the towns people, they are where they are , locked in gestures and cadences that mirror one another across the decades, busy with small tasks and habitual tics, waiting, under it all, to leave this plane, one,and then the other.
at November 11, 2010