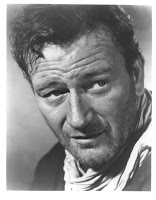 Duncan Shepherd is leaving his spot as The San Diego Reader's film critic after thirty years of imposing the hardest standard on new movies; I've read him continuously since the mid 70's , when I wrote occasional concert and record reviews for the reader, his prose , more than his knowledge, being the attraction.

I was on a rather long journey to get something of the critic's tone and elegance--Shepherd and the late Steve Esmedina, another Reader critic, were my local stylistic models.Duncan's departure is a loss for film criticism ; there was something sublime about The Reader, one of the largest alternative weeklies in the country, having the single most "un-blurbable" film critic .

His style and his nuanced, formalist arguments of movies, favorable or otherwise, were so that it was literally impossible to extract a single quote from them for a newspaper ad. That suited him fine, and it suited his readers.I left these words in the comment stream following his last column:

I am sorry to see you leave the pages of the Reader, web or otherwise. You've been one of the few  refusing to be swayed to the chorus of fluctuating fashion. Although I have to say that I disagreed with your judgments more than half the time, I respected and looked forward to your knowledge, your wit and the elegance of your prose. It was a good bet that if I wanted to defend a film you found wanting, I would have to "up my game". You have my gratitude that you kept up the good fight as long as you had; I hope someday soon I might again be able to read you again, on  terms that suit you, about what you find engaging.