Robert Pinsky's monthly discussion poem in Slate this week is Ben Jonson's poem "Ode to Himself", wherein we are to consider the artful side of complaining. Kvetching, though, is a limited art, and one who thinks they might wish to make a career of being the nag-as-truth teller should think of the monotony of the guise promises.There comes a time when you can no longer notice any shor 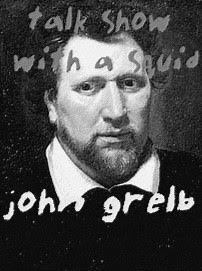 t comings you haven't already mentioned in previous columns, plays, novels, essays, poems even, and the things you come to critique fall into template mode. You cannot help but notice this sneaking into your writing--I call it hearing yourself talk when you can predict the next clause and condition in a review you're composing--and the understandable is to make your language more elaborate, that Bloomian anxiety that makes one try harder to make their ideas unique.

The uniqueness that a reader will notice, though, particularly readers a generation or so removed from you aspirng lifetime, will be the structure, the style, the antiquated rhetorical and vocabulary of your complaints against the way things happened in your period. All else become a matter of explication, a humbling thought when one considers that our quest to obey the key rule of writing--be clear--will not likely withstand a few decades of changing lexical usage. For the Jonson poem, we have a reverse Whitman here, a savaging self appraisal that might provoke you to punch another man had these same words been spoken by him.The problem, though, is that these words aren't spoken but written, and they rhyme,they clamour and clash and ring in harmony when the author's skill so determines, and they are an elaborate construction who's rhetorical infrastructure has travelled , to my ear, not well at all.

The saying goes that no one can insult us to the diminishing degree that we're able to run the same number on our egos, as our own stories are the ones we needn't research; it's an intimacy with which one can elaborate upon at length, with examples of personal unworth becoming expressed in evermore clever disguises and unexpected twists in one's trail of self-criticism. What is left, through the decades, through the revolutions, assassinations , changes in convention and tastes, is a museum piece, a text book example, an intricate, well preserved yet lifeless husk who's meaning has to be explicated, which is to say that it cannot be felt due to the brilliant configuration Jonson brought to bear on his attempt to lower his ego's profile.

The poem is more evidence of the playwright's fabled assholism and does much the same thing as the title character in Edmond Rostand's Cyrano De Bergerac , when the hero, blessed with a big nose, responds to a weak insult to his beak with a series of sweetly stinging jabs of his own, at his own expense. this is a particularly effective little device of plain spoken , self-directed invective that reveals a purposeful defense. If you're going to insult my nose, your barbs had better be this sharp... One might consider as well that Rostand's story gets underway without an conceit-cluttered obstacle course slowing the traction, and that the bittersweet ironies surrounding De Bergerac's temperamental genius--poet, wit, swordsman--doesn't get caged inside a fanciful virtuosity of the tongue.

This is something akin to a grand statue one sees erected in town squares all over America and Europe, baroque creations that are admirable for their scale and technique, but who's existence is faintly ridiculous given that the passion of the inspiring event as ebbed from the collective memory. It's not just yesterday's avant gard that ages poorly, but also proficiency that , in time, only outsmarts it's topic. Jonson's ode is like those statues, grand, impressive against history's stacked bulwark, but tarnished, battered, dinged, and leaving you what audiences saw in work that was so busy trying to provide it's own musical score as well as idea that could spark a debate among the readership (amongst themselves or with the author) that was beyond the vain convolutions.
at December 02, 2009