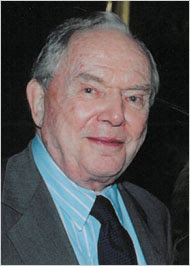 Literary critic and cultural commentator Richard Poirier has passed away. Clarity and diversity of interests made him one of my favorites; Mailer's best critic, amazing on the subject of Wallace Stevens, The Transcendalists, pop culture. He had a genius of connecting popular forms with long standing traditions and could appreciate it when particular artists were blurring distinctions between established fields to come up with a meaningful response to contemporary experience. He was aware that the artist was not separate from history, but realized as well that history wasn't static nor a straight jacked that limited an individual's aesthetic options. He was brilliant. And he could write with an uncommon clarity.
at August 18, 2009