An exchange on Bukowski and Eliot 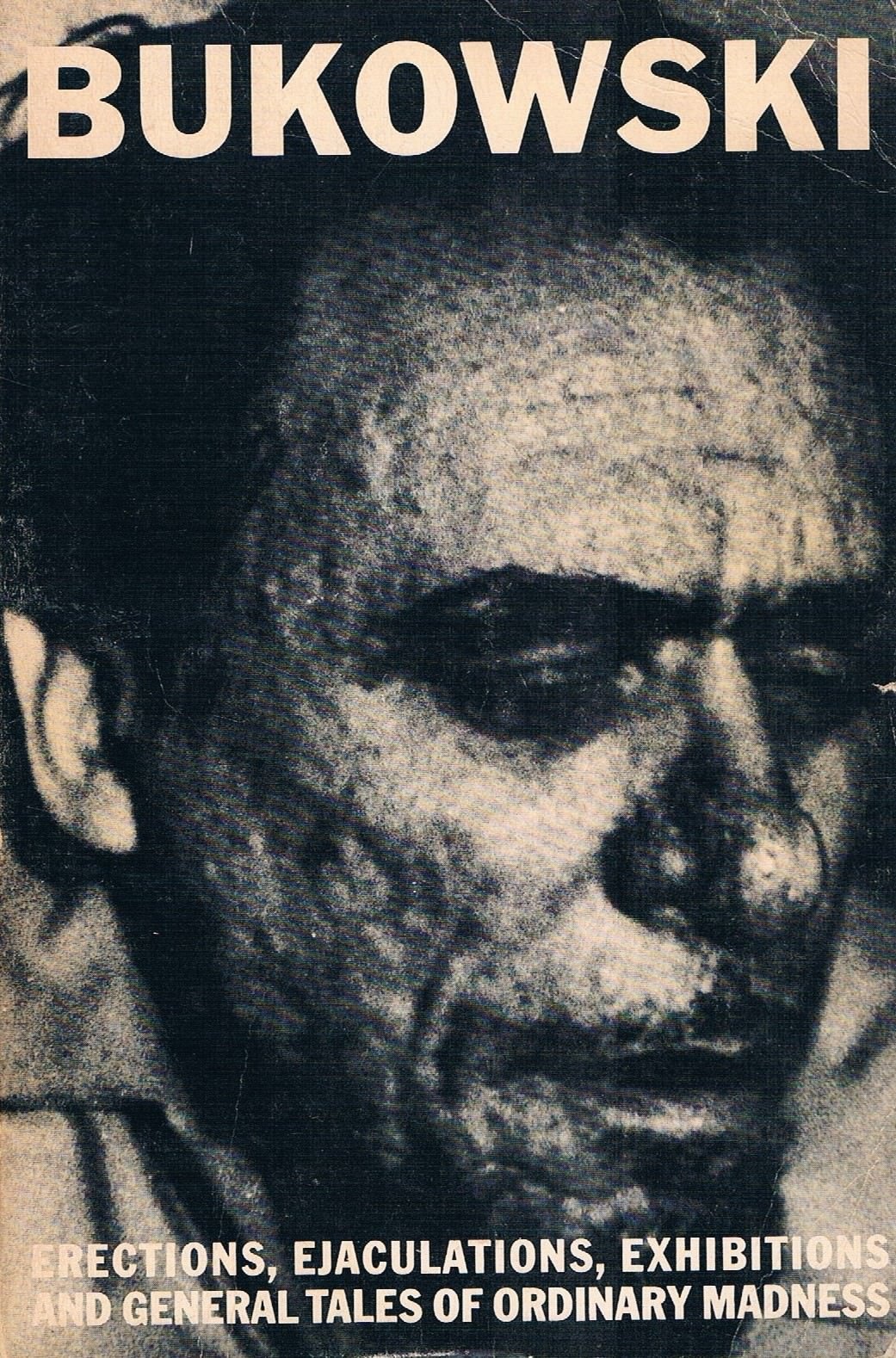 Some remarks from Barry Alfonso, writer, scholar, chum, in parentheses. He was responding to an earlier post, The Tedium of BukowskiBarry is, I need to say, one of the smartest scribes on matters of literature, culture and music, and that world needs more of his brand of nuanced clarity:


BA:Mostly, Charles Bukowski must stand guilty of the primary charges you level against him. I would question whether he truly prostituted his talentsthere is something obsessive and nearly pathological about his concentration upon his themes and (I suspect) widening his subject would’ve been the true act of selling out. On his spoken word album Hostage, you can hear him snapping back at his bum-bating audience in an act of both self-exaltation and self-abasement. He allowed himself to be everyone’s pet wino and rages at his captors even as he allows them to pet and tease him.

TB:Vincent Canby once described Heaven's Gate as being, to paraphrase, a forced tour of your own living room, and in that vein I think after we've gotten well acquainted with the contents and results of Bukowski's chosen life and have gone through our phases of admiration and praise for his integrity, we have the author continuing to go on and on further still about his drinking, his hangovers, his loses at the break, his broken heart, his bittersweet take on the daily grind. His poems are in a minor key. It's ironic that a writer who projected the air of wanting to have nothing to do with people couldn't help but fulfill audience expectations.

BA:But what I REALLY want to remark about here is your comment that young people continue to love Bukowski for his near-total nihilism. Complete negation of all values except grim survival and base self-indulgence is one way to term his philosophy. But I would also say there is an astringent quality to his work, an attempt to scrub away things false and unnecessary, akin to the Clorox used to bleach out piss and vomit stains from a skid row hotel.

TB:I'd say that "astringent quality" and the principled refusal to buy into a Big Lie are best evidenced in is novels, like "Ham and Rye" and "Hollywood", where there is less chance to sneak out of a scene on the slippery ellipsis his sort of free-verse poems provide him. Biographical detail and a sure eye and ear for making something artful, humorous and moving from a life of squalid fact forces him to finish a scene and develop a story. It's his poetry that presents the problem, mostly because it's these things by which his reputation and through which his readers, old and more recent know and remember him: a one and half dimensional character who reiterates variations of the same monologue. You can make the case that his poems are appealing because of their bare-light bulb nakednessa harsh light thrown on the tawdry, tacky, pathetic skid row of emotion that lurks in the looming shadow of corporate versions of American prosperitybut by my thinking Bukowski's repetitive themes and outcomes constructed another sort of false front, albeit one less crushing than the weight of a collapsed financial system. He goes on as the fatalist, on and on about how he cannot escape basic intractable facts, but he made a reasonable amount of money from his writing and could well afford to do something things other than exist at a minimal level and continue to wallow in a misery he nurtured as though it were a prized animalI wouldn't say he was dishonestthat's too harshbut I think he lacked a courage to try something different as he aged. He suffered the consequences for his failure to change; he became predictable and without a fresh insight the feeling he might have surprised himself.

BA:I will go a step further and assert that this commitment to the absolute minimum of what it means to be human is far, far more moral than, say, the philosophic assertions in the work of T. S. Eliot. Eliot used his erudition and great stylistic gifts to support a world-view of sweepingly negative and unwholesome dimensions. By mocking modernity and extolling an imaginary idealized past, this para-fascist did far more damage to the values embraced by the literary-minded than anything Bukowski could ever hope to do. 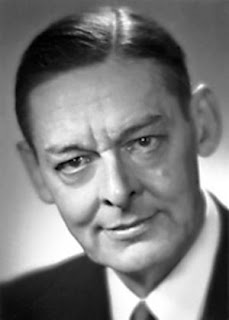 Eliot as an anti-Semite (which he appears to have been), but his even greater crime is to slash away at the values of democracy and individualism in the service of submission to empty authoritarian symbols. In one of his critical pieces, Eliot condemned “the myth of human goodness which for liberal thought replaces the belief in Divine Grace.” This is not nihilismit is worse than that. this arch reactionary used the techniques of modernity against modern society itself makes him and, in a real sense, hypocritical. By celebrating a pseudo-theocratic Shangri-La, he set up High Church so lofty as to make aspirations to progress and social improvement by mere humans seem futile. Bukowski’s bleakness is something for the reader to internalize and pass through for the street-level, hard-knocks musing it is. Eliotthe high brow snob who probably never puked on his shoes in his lifedishes out something that sticks in the mind far more insidiously.

TB:Eliot is one of the less-appealing poets I can think, in terms of what I can draw from his personality, and his is a loathsome thing one cannot ignore, but we're confronted with a nest of conservative, anti-democratic, anti-Semitic vileness as regards the generation of poets he came up with so one go to the work itself and find what there is in it that transcends (ugh, what an awful and nearly bankrupt word) their worst habits of mind and stands out as something that assigns a clarity to those unnameable shifts in mood and tone that would characterize a historical moment. Eliot does this well enough and gets across the pervasive soul sickness and profoundly alienated response resulting from the expansion of technology into economics, the home, the fighting of war, matters that those philosophers from the right and left were attempting to comprehend and do something about. Eliot the critic has been a hodgepodge of notions that argued quite against his own innovationshe longed for an orderly world where everyone did as they in their assigned life stations while they blessed and brilliant left to do their bit unfettered and undeterred—and it's noteworthy that he couldn't quite come up with a theory of literature or culture that could sustain itself beyond its parochial set of assumptions about The Fall of Man from GraceHe wants to lay the blame on democratic institutions and longed for a charismatic personality in politics to assume the force of Christ, less for salvation than to enforce an order on a chaotic planet.

He was a pruned up little fuck of a human being but in his poems, not his theories, we get his genius in full play, where he vents an honest vision of the disconnected and splintered feeling Modern Times forced on bulging populations. His poems were subjective, yes, but this was an element that had and overlooked or otherwise discounted as indulgent by many a poet taster of the time, and it was Eliot's general intent to give voice to the "rhythmic grumbling" a voice that struck a wide cord of recognition among a growing body of readers. So that's his worth, found in the poems, "The Waste Land", "", "The Love Song of JArthur Prufrock", and so on. It gets said that if one talks long enough they will happen upon some language that's free of an unmentioned agenda and express something resembling actual speaking truth to power. That is what Bukowski and Eliot have in common, having a body of work that contained the stuff from which a reader can know something about a world that will not conform to their expectations. My basic point is that Eliot had the larger gift and less in his actual poetic work that betrayed itself.
at May 25, 2009