Control Freaks,Rowdy Hooligans and the man who cannot hold his tongue 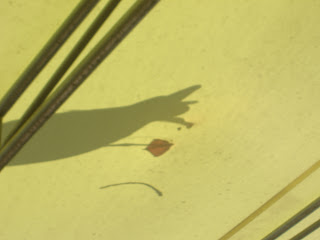 The evidence is in , overwhelming, conclusive, as irrefutable as sun spots and as damning as stains on a pair of white slacks; I love to hear myself write. The same goes for talking, actually talking, of course, but there is that thing about writing long sentences, windy paragraphs, dealing in abstruse associations , indulging in obscure metaphor that seems all the more empowering. In this sphere, the writer, the keyboard, the monitior filling up with words in search of a cluster of ideas worth chasing down and embalming in generalities, gives me the sense of knowing what I'm talking about. Truth be told, I rarely know anything for a fact, and the entries on this blog amount to gusty guess work and bluster as often as not. But the key is this:it's fun, it's entertaining, no animals nor natural resources were harmed or burned up in the pursuit of my prolix muse.

I sometimes imagine selling someone a book where I work about the cultural highlights of the town I live in, San Diego, and my imaginary customer would ask me what the big deal is with Apollonian and Dionysian drives battling it out in the smallest interstices of the culture. It’s like the world was really little more than a huge red light district and free fire zone, with the older instincts, the ones for order, rules, traditions and institutions charged to protect the faintly described freedoms we have in a struggle with the forces of the rowdy, the raucous, the dis-repecters of orderly conduct who desire to upset a given procession of society in order to allow their own vague notion of liberty to rise from the confining murk. At this point, after putting the book and receipt into a recycled bag and giving this mythical customer and truth seeker their proper change, counted back to them from the bill they tendered, I would rub my knuckles and scratch my chin, perhaps lowering my glasses down my nose a bit, looking over the rim to allow my eyes to stare off on the shelves of books containing the world’s knowledge just in the background, and then begin to speak. This would be my version of conflating everything I’ve read on this odd subject, conflating ideas with constructs they don’t belong to, making stuff up as I go along. But ho!, what fun, what exhilaration thinking on the calloused balls of one’s feet.

Nietzsche’s Apollonian drive is a desire to find order in a confused, chaotic, and cruel world. It is the mother of all control issues, an insanity of over organization that compels the spirit to quell the spontaneous spirit and instead attempt to keep everything in its assigned place. Half the work is creating categories and new places for the finite groupings of worthy things and excluding newer, suspect ideas, ideas and tendencies unproven and likely to be fraught with danger. Risks not worth taking with what works are avoided, efforts to expand beyond the granted wisdom is suppressed. It's a conservative notion that argues that civilizations are built upon the foundation of unchanging truths about the nature of man, and that the culture that's been created is an accurate representation of everything that is best in our nature. It denies change, and it is an institutional inclination that seeks hegemony in every aspect of life. Order must be maintained regardless of everything. Nietzsche found that life and faith in this state of affairs was the worst sort of slavery.

Contrarily, the Dionysian drive, desires to break down that artificial order. Nietzsche had great fondness for those institutions that reinforced what he felt was the codified falseness of culture, but he was inclined by instinct to favor the Dionysian impulse to make the old order a smoldering ash heap, at least metaphorically speaking. The Dionysian drive was an attempt to describe what instinct must be present for a human being to free themselves of lies, babble, cant and religious and political crudity and position them to witness truth, and create meaning relevant to their existence. It is an impulse to take something very orderly and beauty in all it’s unmarred elegance and then destroy it, smash it, make it as unappealing as aesthetic object as it was in its formalized existence. Marcuse was a Hegelian who had an idea of the movement of history toward some great purpose that was only being gradually revealed to us. Not exactly the Dionysian sort, which is a spontaneous effect occurring among individuals. Nietzsche had little patience for the fate of masses of people, or to restoring them certain rights and qualities liberal philosophy argues are universal; these are sham arguments, he argues, and focuses instead on the sensual experience of the individual, unbound by convention, living beyond the narrow view of existence and possibilities in it. Nietzsche’s is a precursor to many of the rapturous and unruly strands of modern thought that embrace contradiction, irrationality and refute the knowability of invisible and undisclosed meanings and likewise mute ethical laws, and his cranky and provocative views makes him a hero of libertarians, who habitually regard themselves enlightened beyond the comprehension of society. Stalin was not a Dionysian; neither was Hitler. They were monsters.
--------------------------

Does Marxism and Communism, with their materialism and anti-intellectualism arguably "Dionysian” or at least anti-Apollonian, the same thing? No. What Marx has in common with Nietzsche is a dominating idea that the way things are in the world are false and oppressive, and that there needs to be a radical change of venue in order to attain a natural state of being through which individuals can fashion themselves , unencumbered by creaking hegemonies. Beyond that, similarities fade. Marx did foresee a withering away of the State, it was only through a long period of presumably enforced reorientation through the dictatorship of the proletariat; in any event, this meant consolidation of power, economic strength, and coercion of all kinds. Marxism as theorized is rich in insight, and offers a cool sociological analysis to material relations better than breathless Idealist philosophies, but as an applied political method, it became a cumbersome, slow moving contrivance that could not accommodate social experimentation or diversity. Free market systems, I think, are closer to being Dionysian in nature. Ruled by an instinct for profit, it is about as anti-intellectual force that you might mention, and in fact seems to thrive on creating chaos, and like creating order from the mess that it cannot help from making. Nietzsche , Classicist he is, insisted that a balance between The Dionysian and the Apollonian was what should be achieved and maintained, a conservative, disciplined instinct blended with an spirit of adventure, innovation, self-definition. The superstructure of one makes the experimentation of the other possible, workable.

At this point, it would be my luck to have the customer introduces himself as the Chairman of a philosophy department in some small liberal arts college in the Midwest who’d then dismantle all my assertions, letting the air of out all my tires. Or have the client nod rapidly , trying to supply me with a clue that he was in a hurry. Or they would just smile and thank me and join a wife or a fiancé outside for coffee, leaving me with the
sudden sinking feeling that I’d just spoken long and with a certain freelance adherence to the facts and why was it that I couldn’t simply answer that there are things I know about ,and others that I can only guess at? Yes, I love hearing myself talk.
at May 23, 2009