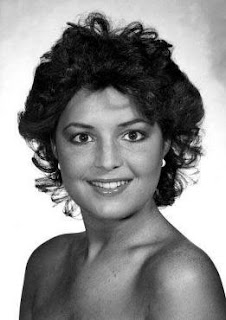 The GOP is working overtime giving John McCain's choice for VP, Sarah Palin, an extreme makeover in the attempt to make the selection seem a sane and rational one,a benefit to Republican prospects everywhere. I think not.

Palin is a blunder because she undercuts McCain's claim that experience matters most when electing a President; this is virtually a gift to Obama surrogates who will use this flip flop as an effective ploy against McCain. They will also make note of how swiftly the GOP has been resurrecting old Icons, ala Teddy Roosevelt, when it became obvious that the "experience" issue wouldn't work for them anymore.

This also goes to the matter of McCain’s judgment versus Obama's. It was a persuasive litany of contrasts on issues during Biden's and Obama's speeches, sure fire talking points that will give potent bullets to the Obama campaign during the race to come. Add to this the fact that the selection of a Vice President is, principally, not to deliver sectors of the voter population to a candidate but to have a qualified person ready to step in and become President should something happen to the elected Chief of State. Biden's experience is beyond reproach no matter how one wants to attack it, and it's clear that Obama vetted his choice to assure the country of having someone in place that far exceeds any criteria for competence. Palin's thin resume would do well for a local politician, but in the matters of national and international affairs, she would be no one's first choice to take up an office whose chief responsibility is to be sworn in and become President should the unthinkable happen. McCain's cynicism shows here in gross proportions; Palin satisfies the hard right of his party. Say what you will, but Obama can make the argument that he served the public interest by his careful review of his potential choices, and that Biden was the best person for the job based on his experience and demonstrated expertise on a variety of issues that would concern the President.

The Palin selection also makes McCain's age an issue as well; he is a 72 year old man who has had several bouts with cancer, an inconvenient fact that makes him susceptible to other issues of getting older. One does not relish the thought of having this man elected; should some incapacitating fate befall him ,we'd would quite literally have the least qualified VP in American History stepping up to the plate. Obama at least has shown a sure and subtle grasp of issues over the past two grueling years; we have a definite idea that he knows what he's talking about. Palin, a governor of a state that hasn't the total population to fill a typical moderate size midwestern city, is an unknown quality who isn't likely to convince voters that she's up to the task of stepping up to the calling.
at September 03, 2008