"Abundance" by James Longenbach:Less would have been more

James Longenbach writes his poem "Abundance" as if he wanted to direct a Hitchcock movie. As with the Master, the poem opens with flurry of cross cutting of images that shape the narrative to come; a man on skies crossing a freshly frozen lake, a shot of a clock or watch to tell us what time it is, a cracking in the ice the man doesn't see, a flash of open water to the north, the man sliding off the ledge, 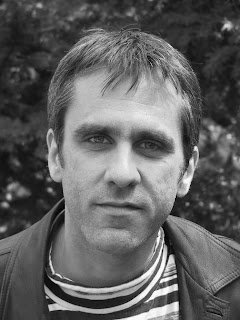 never to be seen again, a crowd at the shore, watching, shocked, hands over mouths, heads turned.
It's too much to hope for the audience to follow the shifts of perspective as this poor loner vanishes under the ice.

The omnipotent perspective that conveniently gives us the back-story, the crucial event and the sad result that the first person narrator lays out has a journalistic affiance that seems like a suit case that's too well packed. It may well be that Longenbach wants to give voice to someone who's had time enough to process their grief and absorb the shock and comes to speak of the odd tragedy in a tone reflecting a mind battered with bad news, but that is not how it comes off. Rather, it has that filmic quality, which would be urgent and compelling had this been a movie we were watching, but it is, instead, a poem we're reading, and the admittedly deft use of the quick edits is more like someone desiring to dispense with the set up so they can arrive at the "poetic language", the portion of the poem where the reader is meant to oooohh and ahhhh. There is a bit of button pushing going on here, like a template for a romance novel; insert your emotional response here.
The center of the poem, the stanza one might point too if they had to demonstrate why this is a poem at all and not merely a sequence of clipped prose, is the wondering of the meaning of it all, the mystery of a man wearing skies while crossing an iced-over lake, the unknowable facts motivation of a man who knew better than to walk over a lake that had been frozen less than 48 hours:

Immediately the gossip began.
Why did a man who'd lived on the island all his life,
Who knew enough to unfasten his skis,
Cross ice no more than forty-eight hours old?
If the wind hadn't kicked up,
If anybody could have thrown that far,
If there's been no ice, if there's been enough—
All-seeing stars that never sink beneath the northern pole,
Whose orbits embrace heaven, circling the earth,
My friend the poet lived on an island.
He built a cabin, planted beans. More than anything
He liked to visit other islands.
When the ice collapsed he drowned.
Fire shall burn, earth grow,
Water shall wear a covering,
Locking up the sprouts of the earth.


I can’t say that I’m surprised that the man who made the fateful journey across the ice is a poet, an assignation that , by association, should make the mystery Longenbach wants to be the poem’s center seem even more mysterious, ominous; this feeds into the notion that the poet is an oracular figure, doing quizzical things, saying cryptic things as they ply their hyper tuned sensibilities to the sounds and slight glimpses they pick up behind the veil between the world as it’s merely seen and the world as it really is. The notion goes further in that there is a fatal attraction, of a sort, operating here, the man , the loner on the island drawn to travel to neighboring islands when the lake freezes over, working on a hunch , the inspiration of which is beyond his grasp but one that he honors none the less with activity that baffles others.

top heavy with introduction and weak on resolution and what happens is a page full of several ideas that not aligned in an associative order. The last lines , though , are a perfectly drawn poem, a minimal concentration of images that set up, imply, suggest, and remain mysterious.

My friend the poet lived on an island.
He built a cabin, planted beans. More than anything
He liked to visit other islands.
When the ice collapsed he drowned.

This works for me, having both the abruptness to have you wonder aloud “what the hell” and yet containing enough detail where you can supply the missing details, as one would do with WC Williams.
at April 30, 2008