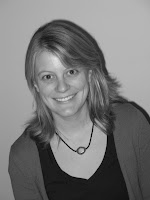 Charlotte Boulay's "planting daffodils" is among the best poems I've read in the years since taking an interest in Robert Pinsky's weekly and mostly quizzical selections, and it is here where I commend on an expert choice. One might have spoken too soon if there was a suggestion that the former Poet Laureate has a tin ear; I'll suggest instead that he might select what moves him as often as he chooses what merely engages his curiosity. "planting daffodils" ponders the relentless fact of the cycle of life and death, linking them to the seasonal changes, that what comes from the earth returns to the earth and is again reborn changed, elevated, seasoned with wisdom and a hard won spirituality. Boulay gets my attention because she brings together the literary and the material, the reference to the priest giving Juliet the potion that would put her into a temporary death-like coma, and working in a garden, planting bulbs.
*******The Friar tells her, drink this
potion and for a time you will be
as dead.***What? she says,
*Are you kidding? Only the earth
knows that faith. But this love is of the earth,
so when she sleeps, it's in darkness,
******a round weight curled in a papery shroud.
This fall, digging little graves, I can smell
******winter approaching like the war
that already rages, not with drumbeats and shots
but more ominously silent, a great lack
of lucidity and grace.**

This is a strong poem, I think, and I don't think there's a false or strained remark or move anywhere in it. The language is unpretentious without being self-consciously barren as, say, David Mamet's or Paul Auster's poems can be, and her elisions , the pause and unspoken link between the imaginative (Juliet) and the material (the garden in fall) is done with just enough spacing to surprise a reader with the association. The obvious connections between them are presented well--there's no sense in the images being overdressed for the occasion, so to speak--and I rather like the darker implication about human vanity being under-addressed, almost not at all, but implicit all the same. It gives you the effect of a delayed shock of recognition. I think it wise of her as well to avoid mention of Easter and keep this poem within the scope of what man imagines and what man must actually contend with.


There is anxiety, fear, the shivering dread that matches the chill of cold earth being dug up as one enters into the cyclical ritual of preparing for a rebirth of life and a bountiful garden in distant months to come. Juliet must trust the priest and allow her love for Romeo to give her the strength and blind faith to drink the potion and hence and “ for a time be like death”. In the fall, the gardener sets upon tilling a hard ground, “digging little graves”, knowing the bloom the spring will bring but made to think all the same of war, carnage, desolation. The gardener continues to plant what she has come to set into the earth, knowing at a level of gut instinct that life emerges anew from a soil that would seem incapable of yielding nothing at all.
So is a rooted bulb a record
of a promise kept through winter. This is the truth we only half
believe:**that each hoary, twinned sprout becomes,
in the moment before she sees him,
*Juliet, waking to a clasp of arms,
*******yellow trumpets crying.

And so bulbs grow, break the soil, rise toward the soil and to new life, a life coming from what appeared to be a despoiled earth which had, in truth, nurtured it through the cold months. What was planted wasn’t dormant, but in fact growing and being readied for a life on the surface of things. Appearances are deceiving, we realize, but there is more, a twist; Juliet awakes from the tomb from her death like slumber and finds the dead Romeo next to her, Romeo, who hadn’t known of the conspiracy between the priest and Juliet and thought her dead when he beheld her in the tomb. Boulay’s ironic reversal of fortunes here is perfect and finely fitted, and intimates that appearances that are contrived to deceive to advance an agenda, whether nefarious or inspired by the hot, exclusive intensity of teenage love, can work against the intended results. The irony the poem contains is that despite the seeming devastations nature foists upon us and, seemingly, itself, is that new life is nearly always the result; volcano explosions, earthquakes, hurricanes, floods. What existed before is tossed aside, displaced, destroyed, but not discarded, as their seeming waste becomes the materials that make a new life possible. A diminished note in the poem is the suggestion that the vanity that we can control nature and change its function is an illusion that we have continually smashed. It is a lesson we refuse to learn, however, precisely because we have the curse of turning our strong feelings into world views and applied philosophies that often as not result in ironic ruin. The eternal cycle of seasonal change and life and death goes on unconcerned, churning, destroying, upsetting, recombining, giving birth, a process cannot be stalled, deterred or manipulated. The underlining point here is that these great forces are matters we may struggle against or attempt to adapt to as we must, but there is a vanity in our nature that thinks we can usurp or avoid what confines and directs existence because emotions become fever pitched with raging love rage and we mistake the transcendence that effects the world that furnished our niche.

Boulay was probably told early on that political poems about specific situations don't often work well as poems after the catharsis they provide passes; even the readers who agree with the sentiments are not likely to read the poem again as a verse that might add value to their interior life as they accumulate experience. The lack of specificity adds power to her gradually accelerated insight to the vanity of think that nature would defer to our desire, be they fearful or arrogant. Nature just is.

I have a feeling that the "reversal" aspect surprised her as well, that it came from the writing and wasn't a conceit apriori to the writing; if so, she shows good instincts to maintain the secondary emphasis. This would have been an instance where a poet with a less keen ear and sense of balance between image and idea would have turned the notion into a lecture in an erring attempt to mine more insight from the surprise. Boulay didn't try to improve on her fortuitous dialectic, fortunate for us.
at March 19, 2008