THE PROBLEM WITH WOMEN IS MEN 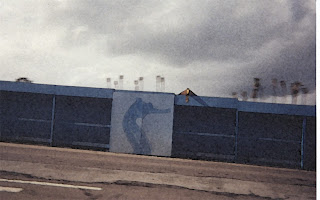 Ah, the Seventies, where every grace and freedom gained from the previous decade turned to poison and cant, a dance of bad habits we couldn't seem to break. Let me say right here that this little nightmare is based on actual facts of my life, back in the day , in my late teens , early twenties when sex was the greatest thing in the world , and it was my right to have it with any woman I desired . I thought what I considered my good looks would make zippers drop all over the beaches and alleys of La Jolla and Pacific Beach in the city of San Diego. I was an asshole trying to do everything catechism taught me was a sin. It wasn't pretty.
_______________________________________


Liquor store lights enlarge the facts of the night.

Gimmee a pack of goddamn Camels she says,gimmee a fuckin'pack of camels or you can dry hump against this telephone pole.He tries to kiss her but she turns away, looking into the liquor store at the rack of smokes next to a cash register decorated with permits and checks from dead bank accounts. The lighting made the inside of the store radiate through the windows and the swinging doors, pourin over into the parking lot where the payphones and news stand appeared to be devoured by an encroaching sea of wicked india ink.
Bunny heart,he says, how about some MD 20/20 or a coupla quarts of Schlitz, maybe? After we get some, we can go to the high school and hang out at the dance, the band is Gnarly Beast,
they play lotsa Deep Purple like it's right offa the record.
Her eyes burn through him the way the store sign burns through the night.There was no light in her pupils, just round puddles of unforgiving black under an angry, dark set of eyebrows. He could a pain in his jaw.

I told you,she says, I wanna pack of Camels and then
I wanna go to the beach where there's a party I heard about.
What's with your beer and wine?
Ok, Camels, he says, but how 'bout maybe Camels ”and• some MD20/20? Go sit on the sand, smoke some, get a buzz, later, well...
Oh fuck it, she says, alright, get both, then we'll go.
I love you, sweet meat, he says.

Don't call me that,she says,how much money do you have?
Five bucks, hey says, oughta cover it. Sure about the beach?
Beast kicks out the jams on that Deep Purple.
He tries to kiss again and cram his hand down the front ofher jeans, but she turns again, pushes him back with one arm andswats in the groin with the other.

You dense fucker, she says, all I want is pack of Camels andyou're off doin' something else. I'm going to the beach by myself.
She turns and walks up the street, walking near the storefronts to avoid the street lights.He thinks,go ahead and walk away, bitch, Deep Purple rules and you don't even know, you're just a chain smokin' Deb wannabe anyway, fuckin' bitch.
He limps away, cutting up a service alley toward the highschool,where he knew he'd find some of his bros in the lower student parking lot leaning against car hoods , feigning thehoodlum poses of guitar heros under the yellow corona of a streetlight.A pain shoots through his crotch and stops him in staggering.
Goddamn bitch, he mumbles and comes to a complete stop
in front of two door garage at the end of the alley. He squints his eyes on a sign nailed to the wooden garage door, letters dancing through a vibrating haze of pain and real mist, shit,my goddamn nuts ache, he thinks, leaning closer to the sign for
no reason other than conquer one obstacle, what's this shit say? "NO PARKING," he reads, and then blacks out, collasping between two trash cans formed from the toughest rubber.
at August 12, 2007