Some good words for Duncan Shepard 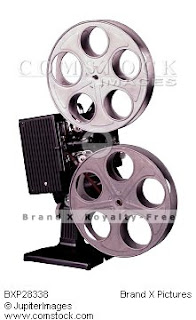 No one in San Diego seems to like the Reader’s film critic Duncan Shepard but me.Well screw it all, I’ll come out and say it; he is the has the best prose style of any chronic writer of compound sentences I’ve come across, and still manages to make it all come out snappy as a towel snarling at the behinds exposed in a high school shower.Shepard's prose style is hardly boring, and he's in perfect control of every coma and subordinate clause he produces. Again, his absolute lack of cant and his unwillingness to produce hyperbolic word spasms that can be excised from the reviews to contribute to the pollution of empty-headed praise for bad product makes Shepard a supreme relief in film commentary. Shepard is possessed of a terrific writing style that needs no editor, and it's to his publisher's credit that they allow him the length to write essays rather than requiring him to keep his remarks bite -sized. Any critic worth paying attention to is didactic: you either believe that film is a popular art that merits a knowledgeable and detailed discussion, something more substantial than snack-line wise cracks, or you don't. In that case, wise cracks and reviewers, rather than critics will suffice. Shepard is unique, a wit, a wonder of film knowledge, a first rate sensibility. He is a critic I differ with on most films, but he brings to the table a depth of argument that requires one to reinforce and rethink their position: responding to his pieces requires better thinking.

That is what a critic is supposed to do. Wise cracks and didactic-ism are fine in a critics style, provided they do more than crack themselves up with each droll remark that happens to them, or drone on about some matter entirely estranged from the film under review. Shepard weaves skillfully between the extremes, and handles his points with a rare deftness and precision. Over everything else, though, he has the skill to piss people off, not with just the knee jerk button pushing oh-so-common among bloggers who’ve only a glancing familiarity with their art, but with background, aesthetic distinction, a grasp of art history over all, and an unwillingness to to put up the mob rule that makes up the sorry state of “critical consensus”. He is not a critic you’re likely to see blurbed in Sunday movie ads; there is too much he dislikes, and he takes great pains to tell you what irks him in a movie, and why.

The usual complaint is that he’s in love with the sound of his voice, and that what he does is more nattering than analysis. Interesting that these charges usually arise from readers, so called, who can’t wait to say little more than that he ought to fuck off.The "wall of noise" charge is irrelevant on the face of it, if only because the sound of a critic's prose, or what one imagines the prose to sound like, is a chief reason to read a particular writer to begin with. It's not as if I insist on those who insist on composing long sentences that creak with dependent clauses.I just insist on the skill to handle the style and manage the sounds one makes. Ideas about the subject at hand, an actual argument, does much to make the "noise" musical. You hear a traffic jam? I hear Coltrane. And a first rate sensibility he is, whose contrariness is far less obvious. He's got the chops to back up his pronouncements, and, again, redundantly, he forces you to come with a better case than you might have started off with.
at August 30, 2007

Email ThisBlogThis!Share to TwitterShare to FacebookShare to Pinterest
Labels: Writers