What Ails Rock and Roll?

An expanded version of an essay I wrote a few years ago.-tb

Rock and roll is the great escape artist of the century, a genuine Houdini of an art form. I go back to what was posted before, that the desire to play the guitar with hurricanes of passion, and rage cannot be killed. Whatever else happens, Spirit prevails. What stinks, it seems, is the obnoxious certainty in the use of the word "dead": rock and roll is as its always been in my experience, mostly "trendy assholes" and an intriguing swath of credible acts, bands and solo, who keep the edgy rigor of the music in tact, and vital. The dustbin of history is always full, what survives the clean sweep is anyone’s' guess. In the mean time, I reserve the right to be excited, engaged but what is honest and, to whatever extent, original. If I'm tired of dead things, I should leave the grave yard.

Rather, I think it's criticism that's ailing, if not already deceased as a useful activity. Rolling Stone abandoned itself to gossip magazine auteurism, Spin gives itself over to trendy photo captions and 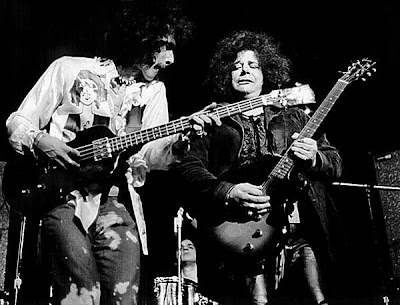 for the scads of "serious" commentary , much of it has vanished behind faux post- structurualist uncertainty: criticism as a guide to larger issues at hand within an artists work is not being done. Rock criticism, taking its lead , again, from the worn trails of Lit/Crit, has abandoned the idea that words and lyrics can be about anything. But rock and roll, good and ill, cranks on. The spirit that moves the kid to bash that guitar chord still pulses. To say that bad, abstruse writing can kill that awards too much power to what has become an inane, trivial exercise. 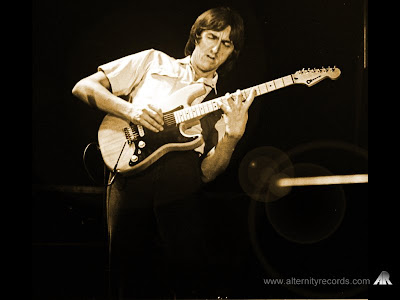 The sooner I accepted that, the easier it became to listen to music I didn't grow up with. My frames of reference are less broad musically--I'm a harmonica player of thirty five years gasping experience in some times bands--but it seems to me that the difference falls between techniques versus talent. Technique, I'd say, is sheer know-how, the agility and finesse to get your fingers to execute the simplest or the most difficult of musical ideas. Talent, though, resides somewhere in the grey mists of the soul, where there is an instinct that, or lets say intelligence that knows how to make the best use out the sheer bulk of technical knowledge: making it all into music that's expressive and new.

Rock, like the blues, its closest elder relative, is principally about feel, and citing Dylan, Young, The Beatles and others as great musicians is to address the feel, the subtle combination of musical elements and lyrical blasts that result, at best, in the sheer joy drums, bass and guitars can provide. Rock criticism, when it's performed as a practice that seeks comprehension, and hearkening back to it's early days as an outgrowth of Lit Criticism, probes these elements and addresses why a blues guitar lick, roller rink organ, nasal vocals, over-miked drums and abstruse lyrics convey meanings and provoke responses whose origins are mysterious. It is feel, or Spirit, that connects Coltrane, Hendrix, Dylan, Little Feat, Hip hop, a sense of where to put the line, when to take it away, when to attack, when to with hold. Feel.

Rock, perhaps, is about trying to address the inexpressible in terms of the unforgettable. That is what I think writers like Christgau, Marcus, and even (sigh) Dave Marsh aspire to do. Christgau and Marcus, at least, are inspired most of the time. Marsh remains a muddle, but then again, so are most attempts to talk about the extreme subjectivism of art making, be it music or other wise. Influence is an inevitable and inseparable part of being an artist, and a rock and roll musician is no less subject to the activity of borrowing from something they like. Without it, going through the eras, right up and including the debate about hip hop and its artists proclivities for Borg- style assimilation of others music onto their likeness, we would have no music to speak of. Or so it would seem to me. Our respective selves may be locked behind cultural identities that make it hard for us to interact, but our cultural forms mix together freely and easily.

I'm sympathetic to the crowd that prefers the soul of an instrumentalist to a sound board jockeys' manipulating of buttons and loops, but I do think that this is the advent of a new kind of canvas. Most new art seems profoundly ugly when first perceived, at least until the broader media brings itself up to speed.

I think that hip hop, rap, what have you, is an entrenched form, and is not going away. It will co-exist with rock and roll, and will mix its particulars with it, and generate a newer, fiercer noise. As music and musicians have always done. Anyone who argues that rock musicians are somehow responsible for the tragedy in Colorado are themselves a rock critic in the narrowest sense, and there we have an impassable irony, and more ironic, this is where some leftist brethren meet the Christian Right square on in what they gather is the source of all our social eruptions: popular culture in general. Neither the quacking vulgarists of the left nor the quaking apostles of the right like it very much, and both in their separate ways, and contrarily reasoned agendas, have attacked it, the source of whatever grace there was to fall from. The left will emit a squalling bleat about an "artists' responsibility" for the defamiliarizing "aestheticization" of real social problems , thus robbing working people of real political consciousness and maintaining the force of the Dominant Culture and Capitalist Imperative.

Such is the kind of no-neck culture-vulturing as a I listened to a Marxist lit professor critique "Guernica" or Frieda Kahlo’s' portraiture as though the modernist formalities Picasso and Kahlo put upon their canvases were the reason, and only reasons, that bombs go off, that babies die, and why woman get raped by art-sickened men. The Right, in turn, finds evidence of decay and decline in everything not sanctified in the Bible or in limitless free market terms, and everything that occurs in society that involves a tragedy on a spectacular scale is reducible, in their view, to the errant need for self-expression. Much of this is old hat--its been going on for years, and again, its the job of thoughtful critics, critics or are genuinely provocative to bring a larger analysis to bear on complex matters, to strive for truth that stirs us away from the intellectual panic that some of our pundits seem to want to fire up. We have another case of left and right agreeing on the basic tenet that artistic freedom is wrong headed, and that it must be hemmed in my so many conditions and restrictions that its practice would be practically pointless. We have a pining for a world of Norman Rockwell small towns and church bake sales.

How pathetic. The rock and rollers duty, as it is with any artist, is to seek and express the truth they perceive in the comprehensible in terms that extend our notions of what the human experience is.

Parenting is part of that profound experience. Might some people still be alive today if parents paid attention to what their sons were up to? Marylyn Manson is only the messenger of what's already in place: to shut up artists because the message is some times vile and ugly is, at best, cutting off our antennae to what the rest of the world is feeling.

Yet its curious here: the original claim was that rock music was dead, slain by critics, by extension Big Media, corporate America, which has turned it into a commoditized vulgarity through which it sells back a teenagers sullen notion of empowerment one CD and one Concert ticket at a time, reaping billions. But yet:
We're still out here playing, and teaching the unnoticed, the unheralded, and the unfashionable kids who, in spite of everything, want to be able to play to. So, I gather, rock and roll does live after all, it lives on because others, dedicated idealists like you from thirty years ago, continue to play and instruct younger players who want to play with an accomplished and feeling voice. I'm sure your idealism is real, Clint, and your CD collection enviable, but you've back tracked right into the opposition’s camp: rock and roll is a human activity that survives and persists despite marketplace distortions, if you're inclined to lazily call it that, and in fact even thrives because the market is open and unrestricted toward content. We insist, and you affirm by clarifying your sketchy autobiography, that it is force that continues in the places where people live and practice, not in high towers, corporate or academic.

As for Dylan and Marylyn Manson, I don't think that what they're doing is any less honest than a searing Allan Holdsworth guitar solo: it's a matter of making distinctions, and that is precisely the function of able criticism that David Smay makes in is superb post. The music, like all living art, changes constantly the more individuals from different experiences play with it, and commentary, at best, is an on going project that brings coherence to the phenomenon. It's an on going activity, it’s not done. Rock and roll is a large part of show biz, rebel-sanctum that is, and the comeback gambit is as old as drunk driving. Joan wants us to think that she remains teetering on the edge of the culture, is, in fact, more dangerous than she was before, is ridiculous at best, and to be expected. The results must be dreadful, though one wishes her well, and an audience. Chrissie Hinde , though silent for awhile, has managed to sound her age and still brandish a cutting gutter and verbal jibe, and others aging gracefully are plenty: Lou Reed, Bowie, Stones, Piggy, Grace Slick, who refuses to perform at all regardless of the offers. Even Blondie, who sound invigorated in their reformation. Debbie Harry, no longer the debutante, older and wiser, and wider for it, remains an intoxicating vocalist: her work with the Jazz Passengers didn't hurt a wit.
The Stones are ageing gracefully with respect to their studio work: the newer songs, I think, have a strong kick; Keith Richards remains an amazing source of riffs and melodic turns, while Jagger manages to turn in one impressive vocal after another. Live, all I can say is that they're workman-like, completely professional, and dull as white chalk. Boring. Pure show-biz.

Ditto on Eddy Vedder's yearning to be the moral voice of grunge and beyond: if he and his band mates wanted to avoid the cruel truth of big business, they well could gone with a smaller label to begin with, and spend their days driving to gigs in small alternative clubs, playing for car fare, integrity unsoiled. In lieu of that, he could just give all the money away and join a monastery. It would improve Pearl Jams' mu
at July 22, 2007