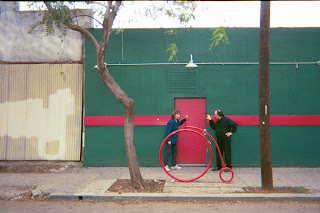 This is a weepy little exercise, written by a professional poet who knows the audience he was writing for, an intimacy having less to do with shared values than knowing which subjects and words can move a reader to awaken some easily agitated nest of sentimentality. Hirsch is one of the better grey-suited lyric poets of our time, but there times when his professionalism kicks in when his inspiration is flagging, and we end up with stanzas that seem to exist only to push buttons and bring the unexpected tear, the reverse of Billy Collins, who’s mastery more often than I care to admit make him serve up the easy laugh, the conceited snort. “Conceit” has everything to do with Hirsch’s “Green Couch”, drawing upon a poet’s life of homes and apartments filled with bookshelves and tacky furniture, a life characterized by the fact that the narrator remembers personal milestones by what turns his reading habits took:


That was the year I lived without fiction
And slept surrounded by books on the unconscious.
I woke every morning to a sturdy brown oak.

That was the year I left behind my marriage
of twenty-eight years, my faded philosophy books, and
the green couch I had inherited from my grandmother.

Smart man, reflective, in the center of a dissolving relationship, leaving through the door of three decades of marriage into unknown adventures. There’s a visual style here that is too obvious, an all seeing eye that not only gets the details but comes complete with flashbacks and back story; this is a cluttered storyline that is presented in orderly fashion, but reminds one of desk drawers that are artfully arranged and superbly organized that, for all their tidiness, look overstuffed all the same. You suspect there are things in the drawer that need to be tossed out, shredded, gotten rid of finally, not folded and placed in a pile of junk, according to size. The Hirsch poem reads like a outline for a two hour film, or a pitch for a miniseries, or a sketch for a middle brown romance where people in late middle age have their lives disrupted and discover that everything they know was conjecture after all, wishful thinking. Hirsch knows his audience the way a professional songwriter knows their market. The green couch, abandoned, stored, rescued and now awaiting a final disposal, becomes that immaterial thing that rather conveniently turns out to be the place where Hirsch’s narrator found the link between the expectations of having a life that makes sense and an education that warned he and generations of other readers that what we take for granted is not embedded and fixed.

All my difficult reading took place on that couch,
which was turning back into the color of nature
while I grappled with ethics and the law,
the reasons for Reason, Being and Nothingness,
existential dread and the death of God
(I'm still angry at Him for no longer existing).
The counterpoint here is one of those stray bits of detritus that fell from the drawer that’s been opened too many times; the drawer we figuratively speak of, as well as the poem itself, slides into disarray. All the neat symmetry falls away from use and scrutiny, and Hirsch, the professional, imagines time is money and that one, being professional, must bring this project in on time and under budget. We get rushes of biographical tidbits that haphazardly attempt to show us that the green couch, that molding and reeking remnant of a life that no longer exists, is both the symbol of the narrator’s deeply felt convictions, and is also an empty signifier, merely an aging assemblage of wood frame and spring with which the narrator has unattended issues.This is the kind of poem that inspires critiques that are more exciting than the actual art ; an analysis is fine and subtle, edging on brilliance hell, let's say it, it is brilliant, and so saying this illustrates for me the problem with the poem, something that inspires sympathetic responses more an application of generic technique than a guiding inspiration, and results in commentaries that are far more arresting and intriguing than the poem they try to illuminate.

For all your sympathetic and incandescent explication on how things are arranged in this poem and how they appear to be having a dialogue with the writer through the decades, I never shook the feeling that these were instructions for a montage in a weepy soap opera in which each frame and item within the frame is arranged for pure, suggestive value. Only in this case it is less the suggesting than the telling t I likewise think it is an underperforming work from a poet with as much talent as Hirsch. I had worked in bookstores for years, and it was expected by my managers that I'd read four or five books a week, novels mostly, and in the near decade of having to do that in the interest of making informed recommendations I found myself reading a number of novelists who's fictions of irritable middle class folks seemed sheared from the same, unruly cloth. You begin to sense when things are going to turn specific ways by conspicuous signifiers--blinking answering machine lights, someone espied in the distance for no particular reason who shows up thirty or forty pages later with a life changing challenge for the hero or heroine--and though one can learn to enjoy these mechanized movements in prose fiction (something about prose helps you accept suspend disbelief and enjoy the yarn on its own terms) it is disquieting to see the same moves in poetry, a form that many writers claim eschews the obvious in favor of the original. All writing has formula, of course, all writing comes down to a structure that will help a writer finish a sentence and come to their point, the effect they want to have. Aesthetic preference, though, insists that such things be invisible, undetectable. This poem is an occasion where Hirsch wasn't able to hide the map he was using to fill up the page. hat gets me. This poem is film like without at all seeming cinematic.

That was the year that I finally mourned
for my two dead fathers, my sole marriage,
and the electric green couch of my past.
Darlings, I remember everything.
But now I try to speak the language of

the unconscious and study earth for secrets.
I go back and forth to work.
I walk in the botanical gardens on weekends
and take a narrow green path to the clearing.

And so, the last recall of a dying father plus one, a lone, forsaken marriage, a loud resounding sigh, a whispering metaphor at the end suggesting a psychic departure from the city and a migration to the country to “study the earth for secrets”. His life is reduced to the comings and goings of his profession, persisting against loneliness, bitterness, disappointments in the exactitude of his routine, yet retaining the hope that he might grow and achieve yet more insight, perspective, by walking the short lengths of botanical garden and green paths. This lets readers off the hook Hirsch was impaling them with; he retains hope, his is still a romantic, tomorrow will be another day!!

Fiddlesticks. This might be marvelous if Hirsch had spared us the tangents and conditional ironies and provided rest spots along the way. The poem, though, is tight as a drum head, and just as airless. “Green Couch” would work well if it had been boiled down to essentials, fewer details that would have more plausible secret history of the things we own. But what we have instead are several plots to many "B" movies.
at July 25, 2007