Awarding genius for the right reasons

It was a fortunate circumstance in 2006 that the long denied Martin Scorsese finally won his Best Director Oscar for The Departed, luckier all the more because the star-driven crime drama was actually one of the best movies that year, and a strong effort from Scorsese himself. One may name their own example of a important artists being belatedly honored by their peers and critics with an award given to something that is not their best work. 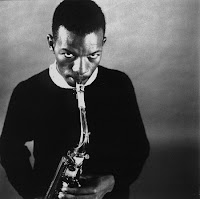 The Academy dodged the bullet that time, and Scorsese can make the legitimate claim that he did the best job of directing a film last year.Following suit, the Pulitzer Prize was awarded to long time jazz maverick Ornette Coleman for his 2006 album Sound Garden. Nothing ages worse than yesterday's avant gard, so it's said, but Coleman's work survives fashions that have gone to the wayside because of his uncompromising singularity of concept. Sound Garden, uniquely fractured with funk, twelve tone colorations, skewed bop references and a full host of energized against-the-grain improvisation, continues a
hot streak the saxophonist and music theorist has been for the last decade. The Pulitzer Prize folks have been seeking to make their awards for best music composition less Eurocentric, and here picked an outsider genius who, fate of fates, might now have to make peace with the cultural mainstream.
at April 27, 2007

Email ThisBlogThis!Share to TwitterShare to FacebookShare to Pinterest
Labels: Genius