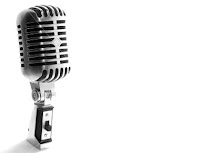 Kalefa Sanneh weighs in on the renewed focus on hip-hop's intransigent vulgarity in the New York Times and offers a typically middle of the road position about the music's part in encouraging violence and the furthering coarsening of American life. Don't blame the music, Sanneh writes, these words, these jokes, these attitudes have been part of African American and urban culture for generations, evolving from
the tradition of "toasting" and graduating from the streets and the rent parties to the airwaves, discos, and television. The point of it all was to shake up the mainstream, upset the comfortably settled, and give voice at the same time to a vital life that boiled and roiled in the heart of every poor neighborhood languishing in the shadows of corporate America. Blame the corporations for disseminating the material to the larger population, blame your own uptightness if you are offended and taken aback by the rough language and general ugliness of much of the work. Some points well taken, and I'm of the mind that music and lyrics, whether Muddy Waters, Elvis, the Ramones or NWA in themselves cause people to have unprotected sex and buy "cop killer" bullets--this is a controversy that gets replayed every few years when media critics and their employers have exhausted the current crop of pseudo events for their capacity to inspire unending opinion-mongering whose collective outrage seems more scripted and assigned than spontaneous and reflecting real offense--but what irks me is the casual implication that if we'd relax and take a broader view we wouldn't get so upset.
That's the old Lenny Bruce theory on foul language, that words are only words and that if we use them frequently and openly, they would lose their shock value and their capacity to offend. Nice theory, but very Fifties in fact, and one that does not travel well. Lester Bangs, writing of the N-word in a seventies piece called "White Noise Supremacists" in the Village Voice, examined his own adherence to Bruce's notion to defang the quarrelsome words and found the formula lacking. The word is generations old, used as powerful weapon to reinforce cultural and institutional racism and oppression, so much so, he found, that no matter how ironic one tried to be in their attempt to liberate the term from it's originating pathology, the N-word hurt, it hurt deep, it still caused anger, as it was designed to. Violence is an inevitable consequence for some when this word gets used, and so it goes with the hip-hop's street-level idiom. The language isn't going to be less upsetting merely because most of us shrug our shoulders and do nothing. The republic will survive, and the language we might object to will cease finding it's way into our public spaces only when the reality the words reflect ceases to be attractive, enviable, romantic. We return to our original and ongoing problem as a country: the transformation of a political apparatus into a means that allows people to achieve lives worth living.
at April 26, 2007