I Was In A Band When the Decade Sounded Drunk 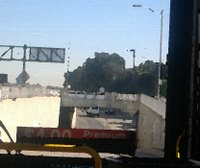 I was in a band in the Seventies that played hard rock, butt rock so-called, and I was the singer, not that I could sing, but it's not as if any of us could really play either, save for a guitarist who had chops, no ambition, and a taste for coke. Everyone in the band is missing in action, including me , but the fact that my phone doesn’t ring with queries from these guys hasn’t diminished my life style. Between groping other guys girl friends, stealing drugs and records, and not paying back any of the borrowed money I promised to pay back in merely couple of days , it’s just as well that bad news that’s over thirty years old remain the pathetic history it has so far remained.Our song list:

I Just Wanna Make Love to You (FOGHAT VERSION)


There were hundreds of hours of rehearsal in a floating crap game of a scene, going from one band member's parents house to the other for what were really drinking parties. Things usually got destroyed, and sometimes we made it all the way through a song. We even played a few dozen times. I was drunk most of the time, so that I could scream the few words I actually knew to each song, somehow, truly, thinking that I was sounding just like Robert Plant or Paul Rodgers or Rod Stewart or any of my swaggering, macho strut heroes, only slightly aware that for all the half-skips sash-shaying I took for masculine intimations of heterosexual power were in fact very much a swanning display of featherless fan dancing. To the end of my time in front of the microphone, twisting my vocal cords into twisted knots of scraping rasps and glottal whispers, I was convinced my style was akin to the greatest belters blues and soul music gave to the white world for worship, Ray Charles, yes, Otis Redding, oh yes, Little Richard, fuck yes! It was small beer that I never knew what I sounded like, the grunts and groin splitting yelps buried under layers of untuned amplified guitar , farting bass lines and the endless thrash of a speed freak drummer Someone once recorded one of our gigs on a reel to reel at a San Diego State Frat Party, and it was a gross, hell-bent, auto accident cacophony, fuzzy and sputtering with feed back and wrong notes and crowd noise and breaking glass: the noise hurt the inner ear: the MC5 without conviction. I was singing, all right, but I sounded like I had two wool socks crammed in my mouth, screaming in muffled horror while a serial killer approached me with a blade. I sounded drunk. The band sounded drunk.

Email ThisBlogThis!Share to TwitterShare to FacebookShare to Pinterest
Labels: memoir, Music, playing music while fucked up