Time for Robert Pinsky to Pack His Tent 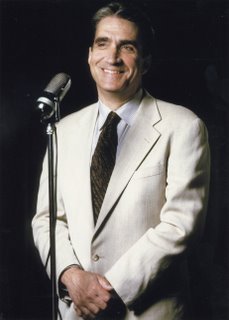 Robert Pinsky is a good if unspectacular poet, and acquited himself as well as anyone could have in his tenure as U.S.Poet Laureate, but there is an accumulating since among those who read Slate magazine's poetry section and discussion board that the man has outlived his usefulness. The selections he makes are maddening, half-hashed, and phony as the bulge in a castrati's leotard. His current choice, Jill McDonough's"December 12, 1884: George Cooke", from a series of sonnets she's been writing drawn from actual events in American history, has only one good virtue going for it; it spared me the purchase of the book.

This reads as if it were a combination of dry facts from a history book blended with a student's marginalia. Scissors, paste and yellow highlighter are all over this assemblage, which indeed seems more assembled than composed. There is a punchline McDonough wants to land on, an example of Fate's anonymous wit, but there is not enough here to make us, meaning me, the reader, care enough to interpret the poem so that it becomes whole and coherent. It would be easy enough to dwell on issues such as how a sensationalist media twists historical fact into personality driven events and fictionalizes the record with romantic constructions in the interest of selling papers, but that would be too much weight to lay upon such a slight and underfed piece of writing. Such speculation would be more than the critic's invention than the author's intent.The mistake was to approach this set of information as a poem, as this is a clear case where an unambiguous prose format would have achieved what resonance McDonough wanted to have us experience; prose seems better suited for such terseness. I'm thinking of Ernest Hemingway, who's masterly avoidance of qualifiers still provides a powerful kick, particularly his short story collection In Our Time is a masterpiece of what wasn't included in the telling. The italicized sketches between the longer stories are what McDonough should pay attention to, as they show how only a few facts conveyed in a paucity of words can still pull at your heart the way she wanted with "George Cooke" .

What do with Pinsky. Nothing ,truthfully, since it is the Washington Post that must decide whether they think they are getting the most bang for their cultural buck.The truth is that Pinsky does precious little for Slate other than select a poem for the week.Such is not a labor intensive activity,speaking from my own experience. What's gallling isn't just the log-rolling that goes on with the poets selected for the week--former students, colleagues, the like-- but it's the non-existent interaction Pinsky has with the readers. It would be one thing if he were to write a commentary each week about the poem and provide with some idea what appealed to him.

His remarks would most likely give Fraysters informed points of departure. He doesn't, though, and there's an inescapable feeling that he's getting a paycheck from Slate accounts on the basis of being a former Poet Laureate.

His Washington Post column is slight as it is and could use more heft and controversy in what it declares; he could at least give us the other portion of his half-measures in a column writ especially for Slate. If Christopher Hitchens can meet weekly filing deadlines for a half dozen publications, Pinsky should be able to manage an extra four brief paragraphs a week so it doesn't seem as if we're all getting rooked.
at August 23, 2006