Kerouac is a Dead Beat 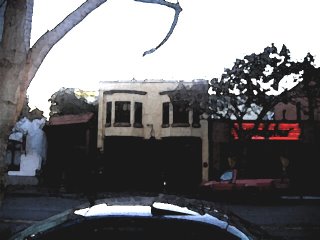 It was during a bloody argument about merits of Jack Kerouac's writing when the woman I was arguing with,a twentyfive year old who planned to be a penniless , winedrinking mooch like her hero Jack told me
You know Ted, your very extreme opinion of him stinks of jealousy.


I have no reason to be jealous of a man who drank himself to death before the age of fifty while living with his mother. It is impossible to be jealous of a man who wrote so poorly. The truth is that after spending nearly
twenty years trying to accommodate Kerouac's work with by reading many of his books and a good many biographies and secondary sources about he and his fellow beats, I admitted to my innermost self that my gut instinct was right, Jack wasn't a good writer and that his continued popularity has more to do with a cultist hype that surrounds the work and persona of Ayn Rand; there's an invested interest in making sure that the author is always spoken of in the most regaling terms.

Others like me, cursed with literature degrees, broad readings and an appreciation of craft in the service of real inspiration, regale him far less, finding his writings charmless, undercooked, ill-prepared, all sizzle and no steak. Those willing to say that Kerouac's oeuvre was wholesale bullshit are in the minority,
as the Jack Kerouac Industry shows no sign of slowing down. Every smoke stack is fired up, and what might have been clear skies are blackened
all the more with his loopy circumlocutions.
at March 15, 2006