(The two poems ran at separate times in Slate.com when they actively published poets under the direction of former U.S. Poet Laureate Robert Pinsky. My commentaries were written shortly after they were posted. I've brought them together here for the reader's convenience.--tb).


Paul Breslin is a superb lyric poet, that blessed species possessing the skill to convey complex perceptions and emotional breakthroughs in clean, uncluttered language that brings clarity to what might have otherwise gone unsaid. But not at the sacrifice of the music; there are chimes in the wind in Breslin's best work, grace notes that form the spare but richly evocative melody that might, at times, to underscore and even enhance our shared emotional underground.

Joy, melancholy, despair, exhilaration, serenity; Breslin is a master craftsman who creates a tangible sense of the ambiguity between the images as they parade by. What intrigues me about his work is the way he is able to write as if he were still inside the experience, not apart from it; there is, almost always, the feeling that the situation is current, ongoing, in-progress. Paul Breslin is not so much reflective in his work as he is intensely aware of the forces that play upon him and the environment, material and emotional, that contextualize them.

"Inquest", a poem that takes the form, I assume, of police or therapist interview of a subject who has, is still processing the loss of a mother or wife or lover, distills his virtues to the cadence favored by a bureaucratic psychology that insists on yes-or-no answers. The questions are direct, blunt, implicit in their expectation of equally terse answers; Breslin's replies are, in fact, brief and concise, but it is a concision that creates even more ambiguity and clarifies the mystery how one responds to life-changing events. These are the replies of a man who had for so long attached his own sense of identity to the personality, pulse, and quirks of another that his responses have the stark clarity that only a good stunning gives you. Suddenly, brutally, life does not make the sense it used to and there is the dread of having to create a meaning existence The images, stark and unadorned, reveal the ground-zero aspect; none of the old comparisons, the easy metaphors and similes that order and index the daily events, are of any use. This is a poem of someone digging climbing from the crater :


Why point to the mirror
Where no one lives
And the stars, which see no one?

I longed to be no one,
Like her ashes scattered
Across the parkBetween where our brick
Apartment had stood
And the white museum
That survived it:
Free to fly
Where the wind drives,
Or, mingled with rain,
Seep under the roots.

There is no final say to the query, there is not a simple nor tidy rationale. The answer instead instead comes at the point when one considers their loss, ponders their purpose and desires that it all be over in some beautiful way,that the pain be dissolved and his essence be added to the soil, water and rocks that make up the earth from which all of us metaphorical arose from, to not be in the world and experience further pain and loss but rather merely reflect the doings of others, their aches, and joys. This poem presents us continuously with a rich stream of contradictory impulses and desires. I read the nervous, suddenly intense desire for release from the hurtful conditions of being alive and engaged with the world, but Breslin is not without a reality principle that reminds him that we go on, we go on, as Beckett would remind us, no matter the pain nor the drudgery of just waking up and scraping our feet to the shower in the darkest of mornings. He finally asks his interrogator questions and receives an answer in turn:

Am I free to go now?
What do you think?


The last question that keeps one awake to late in the night, filters into your dreams, makes your feet drag across the floor. We go on despite our loss because that is what we do.  The last part of growing up is the growing apart from the other and realizing that one will die alone and the purpose of life becomes the effort to not live the same way.

Panic is what I think of when reading our friend Paul Breslin's poem "Siren", that sudden whooshing, spiraling, dizzy-making sensation when some trigger, whether sound, sight, smell or something tactile, cause us for a moment to lose o focus and envision impending disasters that await us. The future is telescoped into a rapid stream of vivid and brief scenarios where all one thinks they should have done but didn't do culminate in irreversible catastrophes. It is the feeling of the floor falling from beneath your feet, your heart dropping to your stomach, your brain taking a psychic blow that rudely shoves the less compelling and more immediate concerns and forces you into a narrow corridor of fear. One's sense of mortality is heightened, every decision one has ever made is lethal and resulting in dire consequences. It's not a pleasant feeling, and it is during these moments, these panics, where one must breathe slowly, evenly. I hate it when that happens.

What is effective in the Breslin poem is that he offers not a long family biography in the way Robert Lowell might have, nor constructs an alternative symbolism to the intangible furies that challenge one's equilibrium, as Plath had done, but instead puts a square in the narrative, as the mania unfolds. Quickly, efficiently, with the fast and smoothly language that characterizes the sensations as accurately as any fleeting vision might have, we are in the midst of a consciousness suddenly sped up, cataloging what has and what might go awry.

I could swear it is saying my name,
a human voice full of pain and anger:
it's the police come to arrest me
for a crime so long concealed
I forget its name. Or my father's ghost,
crying he might have lived
had I loved him better. It's my mother
folding her arms and saying take your anger
someplace else, it doesn't belong to me;
my wife asking Is this good-bye then?
Or my daughter in childhood saying
hoarsely through tears, Dad,
how can you say that to me?

These are the moment when the ongoing dreads, doubts, and self-recrimination, buried, deferred and distracted  by work, projects, and time-being passions, all come to fruition, collected as a chorus; it is that nagging set of voices one hasn't tried to come to terms with that find an appropriate means to confront their owner. The submerged anxieties have been an undercurrent, a distant unease in this narrator's world, and now they have all emerged in a flash, a flashing panic, a siren, so to speak, grounding him on the rocks. Unleashed, they now color his existence, characterizing it as less noble and selfless as one's cover story might have had it.

The lesson , if there is one, is that the mortal coil is only something we visit for a time before we leave , and it's not uncommon for the middle-aged man or woman, the person in their late fifties or so, to review their motivation in the events of their time and to find themselves wanting for kind deeds, encouragements, genuine acts of charity. As friends die, familiar buildings are torn down, styles change, and the people one works with get younger, one feels isolated,able to share in the common stock of memory with fewer people who would recognize references, would chuckle or nod a certain names, dates, movie titles or writers famous in the sixties.

So many things were almost the end.
At the fire station around the corner,
the engines are pulling away.
So little to separate us
from the one the siren is for,
whose house flies into the air as cinders,
who lies on his bed turning purple and clutching his heart.

This is beautifully done; the siren is the alarm, it is the summons, it is the warning that something fateful is nearer than you think. One hears for decades that life is a gamble and that we conduct our lives on the general assumption that the odds are in our favor that we won't meet with fatal ends, nor will anyone else in our varying circles of association. What poet Breslin bittersweetly gets across, with little fanfare and not a trace of self-pity, is that the longer we are in the game, the narrower the odds become. 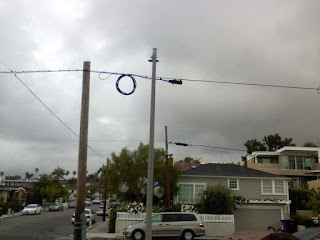 One can take this poem as affirmative if they choose, but I think that skirts the issue I think.Breslin is really getting at, that we are humbled by the encroaching realization that our time is shorter than we thought and we have less power than we supposed. It's about humbling the ego, not empowering, and there is nothing "affirmative" here to transcend the melancholy that settles in after the panic that comes at us in the first half. there are often times layers and meanings in a poem the author didn't originally intend; poetry seems to me closer to improvising jazz than, say, composing a lengthy symphony. My guess is that he had an idea of what he wanted to write about, had some notions of a particular image or phrase he wanted to employ, a loose framework, in other words. From there he constructed his poem and, I would think, judiciously edited it before presenting it for publication. Some things, whether notes played in a musical phrase, or particular images saddled with objective statements or rhythmic emphasis, just sound right together, seem to make sense in ways that are unexpected and not immediately graspable. With a poem, one goes with what a poet seems to be writing about an attempt to show a connection between the parts with reference to different sections of the verse.