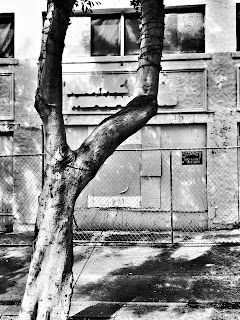 Rock and roll is a species that nearly died from the self- inflicted wounds  of pomposity and virtuoso bombast and the cruel and curdling surfeit of junior league posey that passed as significant and meaningful lyrics. This is a form that manages that, for every major innovation and epoch-changing trend, a condition that revitalizes the promise of rock and roll being music that can remain relevant to the times new musicians arise in, there emerges the inevitable and seemingly unending waves of imitators, pretenders and merely technical after thoughts we desire to hitch their  wagon to the next money making star. It was about the money, not the emotion, and while ambition is required for anyone insisting on inching toward a permanent spot center stage in our collectively short attention spans, the emphasis is more toward a severely un-soulful reliance on technology than acquired technique.

Acquired technique,as in matters regarding learning an instrument, learning to sing, becoming excited by musicians and their work and having that inspire to create something your own, from your own life, and present it to an audience that in turn desires something genuine, felt, real, as well as being musically intriguing, catchy, that thing you can dance to while your existence is made worthy by music and other kinds of art. It is less and less that as each day goes by and is lost,  unreclaimable for a do-over. Music seems pieced together, strands of riffs, beats, bleats, phrases, tempos, vocal textures culled from a digital library, pureed at the mixing board until another vaguely musical hit is made and sold on the internet    for download to any device you please. Music , more and more, is a  private and meaningless experience. Honestly, those of us in cars, on buses, or just walking down the streets wearing the ear buds , their phone at the ready, moving and gyrating and gesticulating as resisting the temptation to express something truly joyful in response to the songlist, resemble a passel of  creeps to me, emotional privateers actualizing an ambulatory fuck you to their fellow citizens. 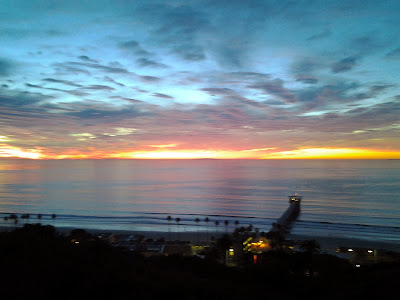 For Every Dylan and Leonard Cohen, we get Billy Joel or Harry Chapin, for every Iggy Pop,David Bowie or Velvet Underground we get the Dead Boys and the Jesus and Mary Chain. What had been inventive becomes a shelf of hardened cliches and, as such, make me think of nothing more than old sidewalks remarkable only for the shattered slats that are cracked and creviced with the inevitable wear of moving earth, tree roots and car accidents. It all needs to be dug up and replaced with something new and humanly usable. I might have said an old abandoned building for a more fitting metaphor. Better someone take a wrecking ball to the edifice before it falls under its own creaking weight, useless and pathetic.  Or maybe to burn it down? Does the eradication of monetized mediocrity require a specific way to be figuratively gotten rid  of? Is that matter made better if a new generation of young musicians respond to the troubles of their trying to make sense of a life that will not announce its game plan not with another reiteration of the style archive from the last many decades of pop music, but rather find something in their allusively termed collective soul and manage to re-awake the spirit of questing for an existence that is enlightened and creative and bringing purpose to  one's long term designs?  We can ask ourselves that til we drop dead, of course, but I certainly desire my last thought before my last breath isn't "where did we go astray?". 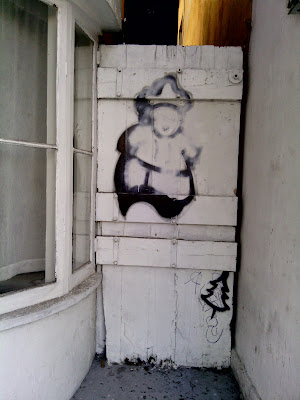 I never thought the Sex Pistols weren't called for, as the pretentiousness of the musicians and the gullibility of the audience had choked off the life force that made rock and roll exciting and worth caring about. Some of it might be laid at the feet of rock criticisms, since the advanced discussions of Dylan's relationship to Chuck Berry's everyman existentialist demanded a musical technique and lyrical concept just as daunting. This is the danger when folk art is discovered: it stands to become something distorted, disfigured and bereft of vitality. I was lucky , I guess, in that I was a fan of the MC5 and Iggy and the Stooges a decade and half before the Sex Pistols caught the punk wave. They , and bands like Blue Cheer and Black Sabbath were a grounding principal--rock and roll is beautiful because it's energetic, awkward, and stupid, but profoundly so. There are "concept albums" I admire and still like, if not listen to, but I won't name them here. I am pleased, though, that the idea of the Album being a literary object has been dropped in a deep grave and had dirt thrown over its water-logged remains.
at June 01, 2017