Like it or love it, Sgt.Pepper's Lonely Hearts Club Band is among the most important rock albums ever made, one of the most important albums period, and forty years after it's release, it is time to assess the album free of the globalizing hype and mythology it's biggest supporters have honored it with, and to veer away from the chronically negative reaction those less in love with the Beatles and the disc have made a religion out of.

It is, in my view, important for any number of reasons, production and songwriting among them, and for me it's not just that Lennon and McCartney have set the standard on which such things would be judged against from now on, but that they've also given us the examples with which rock critics, paid and unpaid, by which we can tell who 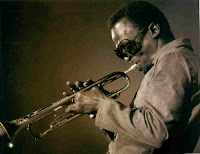 is being pretentious, phony, unfocused, incoherent, just plain bad.
Sure enough, the best songs have survived--"A Day In the Life, "Getting Better", "Good Morning, Good Morning", "Mr.Kite", but sure enough the less accomplished songs, all manner, pose, nervy and naive pseudo mysticism and intellectuality as in "Within You Without You" and "She's Leaving Home", are hardly played anywhere, by anyone, unless one tunes in an XM satellite station where the play list is all things Beatles, without discrimination.

What the Beatles did with the song craft, the central genius and downfall of much of Pepper's legacy, is that they've introduced thousands of forthcoming arty rockers to new levels of sophistication and fantastically dull pompousness. I love the Beatles, of course, that's the standard qualifier among us all, but this is the album with which rock criticism was finally created. Lovers and Haters of the disc finally had a rock and roll record that might sustain their liberal arts training. Sgt. Pepper also gave us brilliant and much less brilliant rock commentary. Here you may pick your own examples.

The reasons Beatle fans in general (rather than only) "hipsters" prefer Revolver to Sgt.Pepper is for the only reason that really matters when one is alone with their CD player or iPOD; the songwriter is consistently better, the production crisper, the lyrics succeed in being intriguingly poetic without the florid excess that capsized about half of Sgt.Pepper's songs, and one still perceived the Beatles as a band, guitar bass and drums, performing tunes with a signature sound that comes only after of years of the same musicians performing together.
at May 19, 2017